Almost outside the Dovestone area, at the top end of Holme Clough near Little Holme Clough is a stone enclosure which looks like a sheep pen. However, this is Scots House and although little is known about it there is a short entry in the booklet The Saddleworth Story first published in 1964 compiled by various authors. It reads: “The next historical incident concerns the 1745 uprising when some Scotsmen, making their way home, lived for a while in a cottage which became known as the Scotsman’s Hut, high on the moors above Greenfield near Little Holme Clough”.

The hut is marked on the OS 6″ Map of 1854 as Scots House but not on any present-day maps. 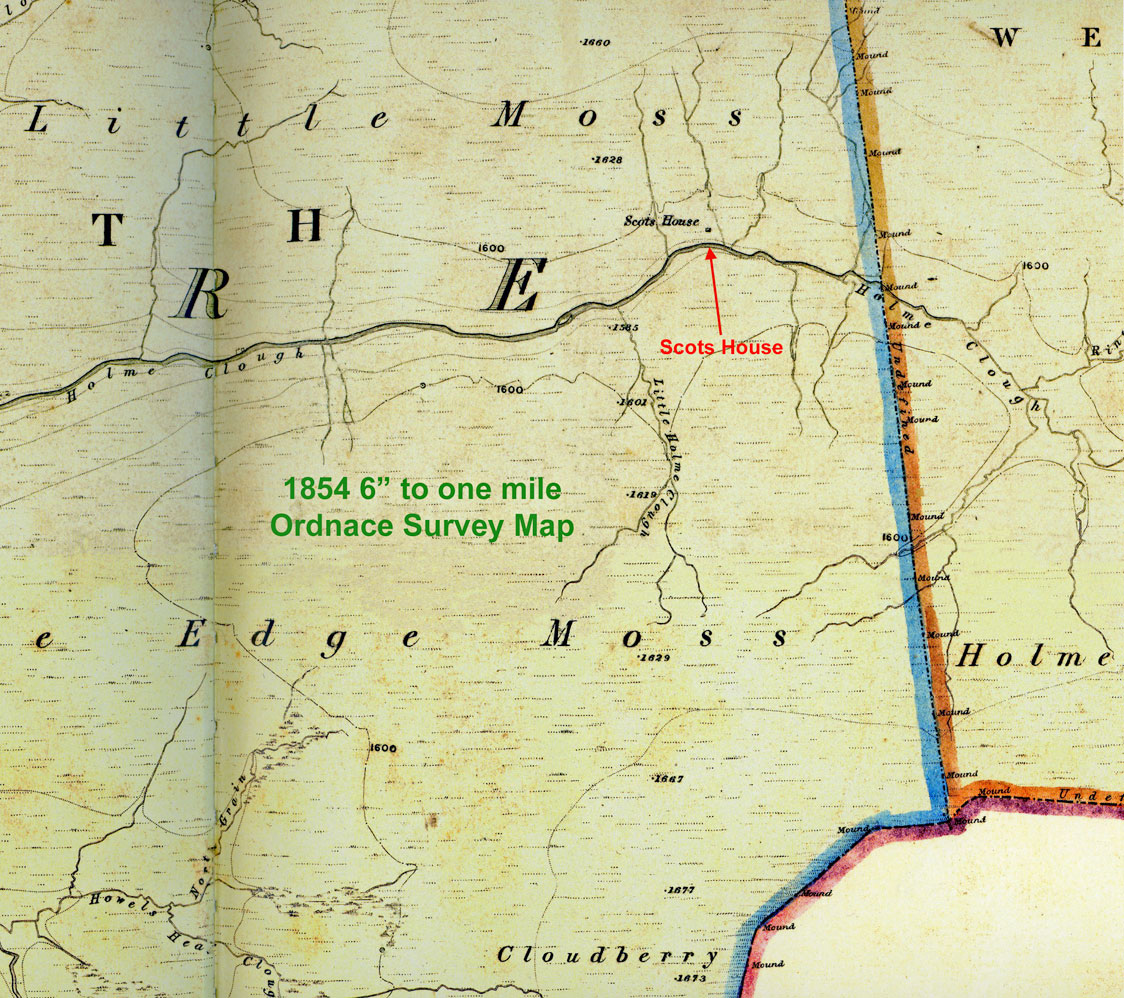