Home » LAST OF THE SUMMER WINE

LAST OF THE SUMMER WINE

In 1985, some filming of the Last of the Summer Wine took place at Dovestone. Partly filmed along the track near Ashway Gap (picture 1), Works road (picture 2) near Yeoman Hey and at Chew Piece (picture 3) where they ‘created’ a picnic site with cars opposite the plantation track. The video is Series 9 & 10.

My main recollection is being asked by the director if I could turn off the water coming down the sluice near the corner of Yeoman Hey Reservoir as it was interfering with their sound. As it was a free-fall coming off the hills there was no possibility of that. 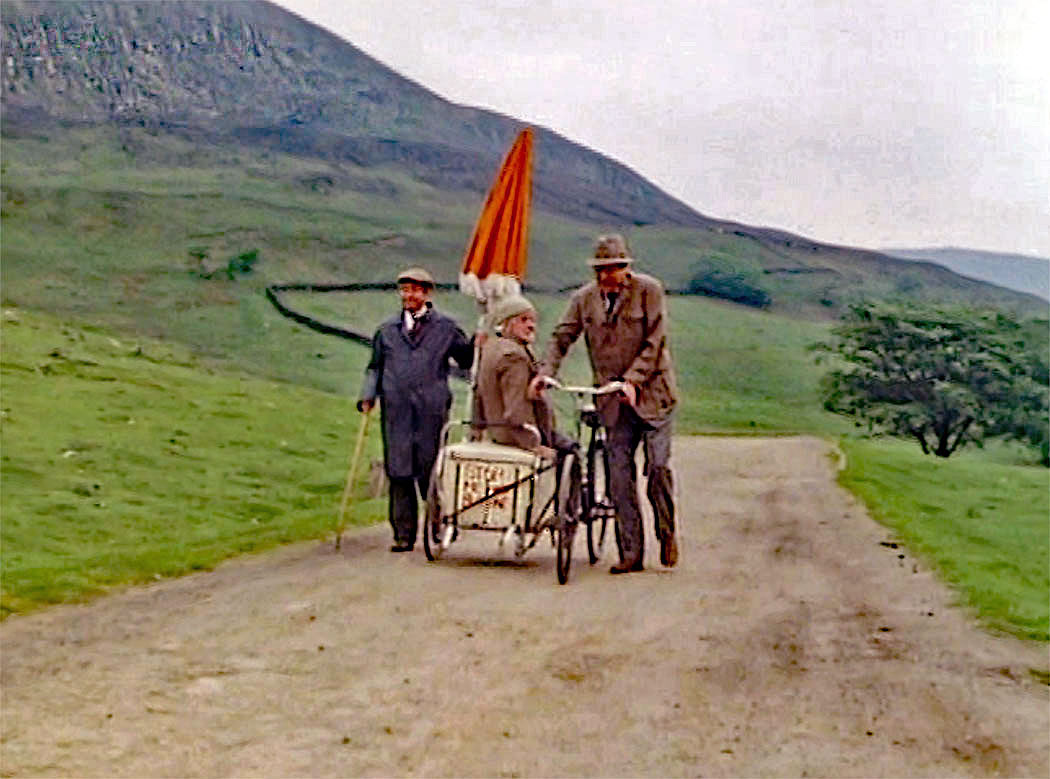 Clegg, Compo, and Seymour with their ice-cream bike near Ashway Gap 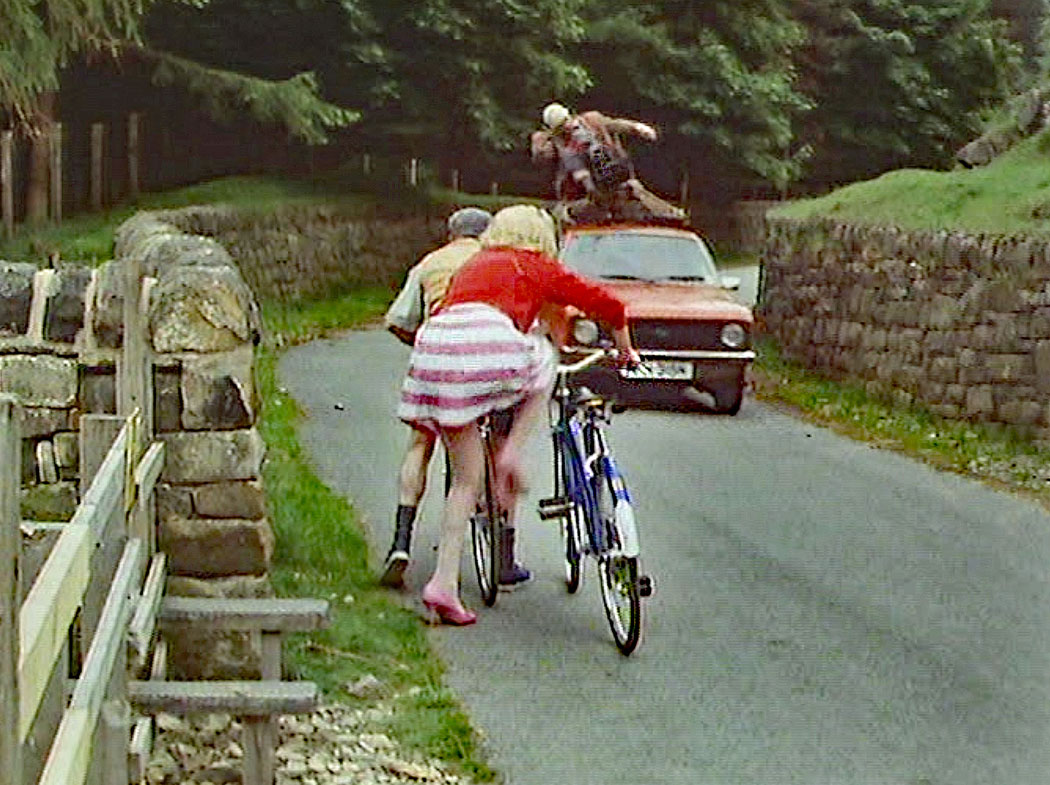 Marina and Howard with their tandem bike on Works rd. ‘Compo’ on top of the car. 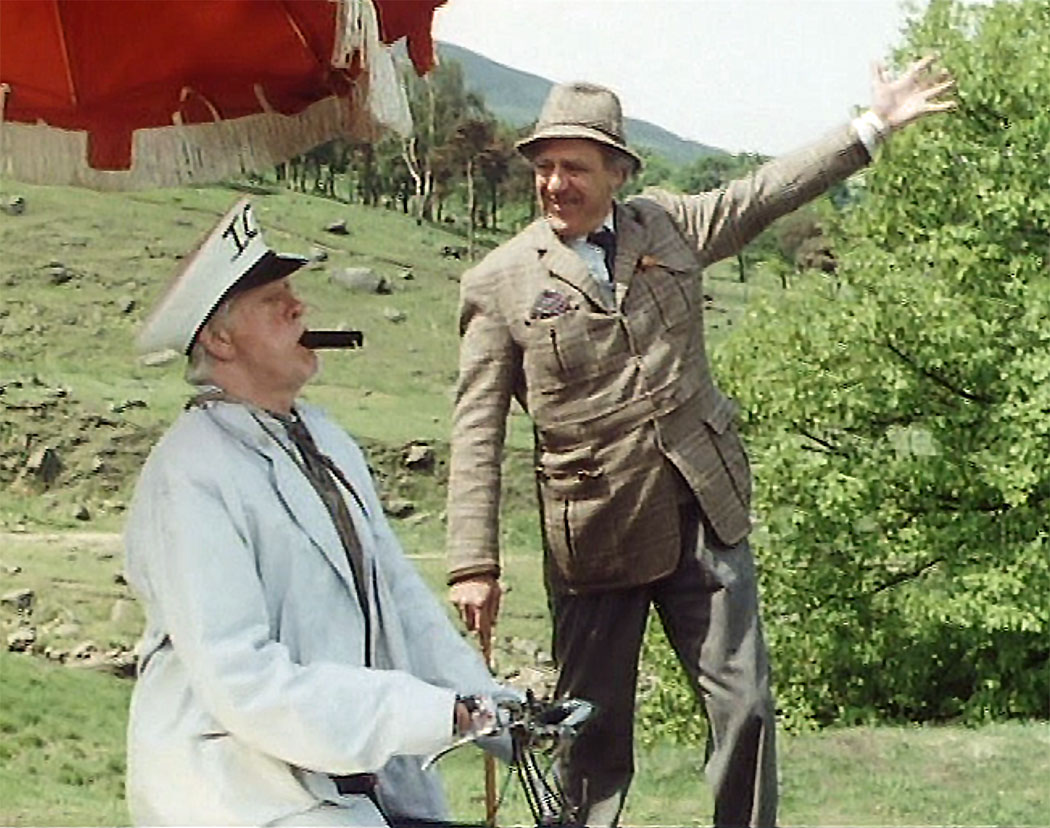 Compo and Seymour at Chew Piece. The episode called the Ice Cream Man Cometh – the thing in Compo’s mouth isn’t a cigar but a duck quacker whistle