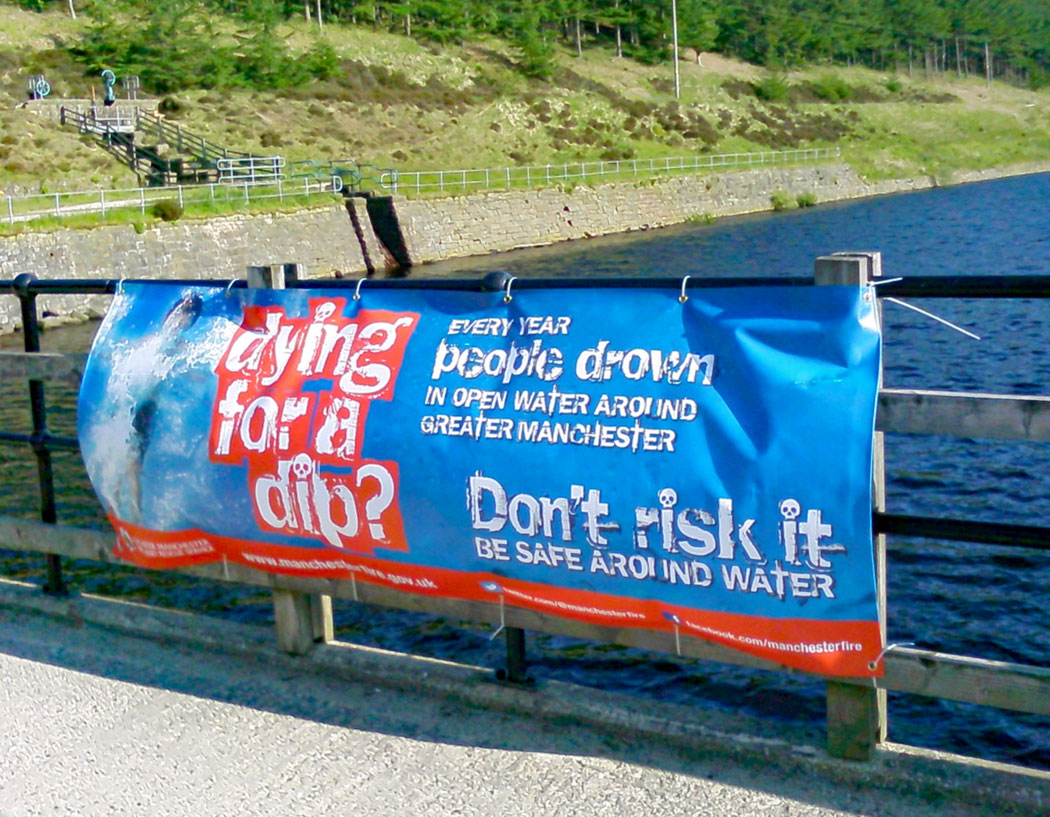 A big worry in the summer months is when groups of youths come out to Dovestone consuming much alcohol and go swimming in the reservoirs (usually Dove Stone Reservoir) or  ‘tombstoning’ on some of the small cliffs, often egged on by their mates. Even when the water level is low some of them persist by taking a running jump to clear the exposed rocks below the cliff.

Every summer without fail somebody drowns in a reservoir in the north-west of England, most of them are teenagers or children.

Swimming in the reservoirs is never a good idea. The water can be deceptively cold, deep and vision just below the surface is nil. Warning signs pointing out the dangers are easily seen but many people take no notice.

One of our volunteer rangers once came across a man and woman who were encouraging their child, about one-year-old, to swim in Yeoman Hey reservoir of all places. The man was about 15 feet out in the water and the woman was releasing the child to swim out to him. Apparently, they had taught their child to swim at the swimming baths. They didn’t consider that if the child went down in between being released it would have been impossible to locate him or her in the dark, peaty water. 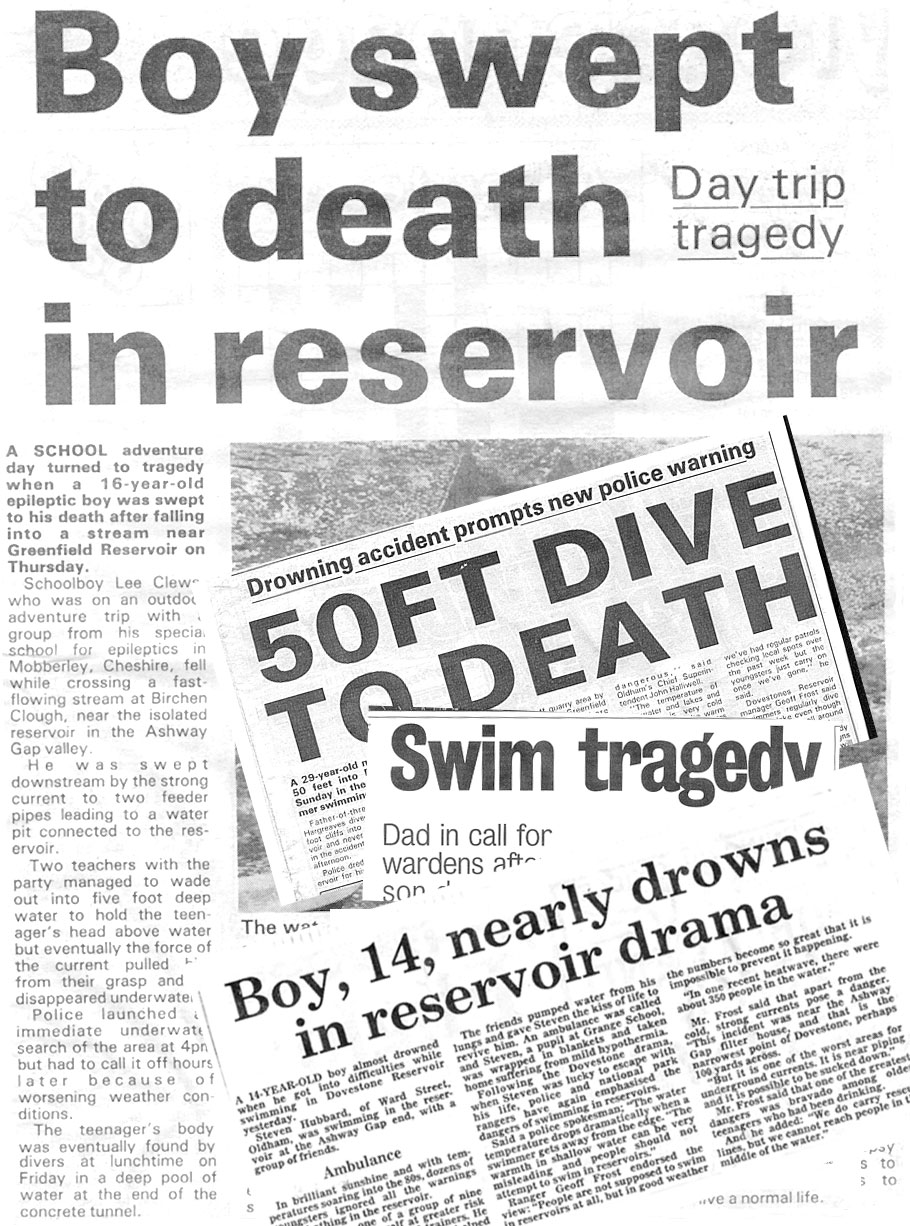