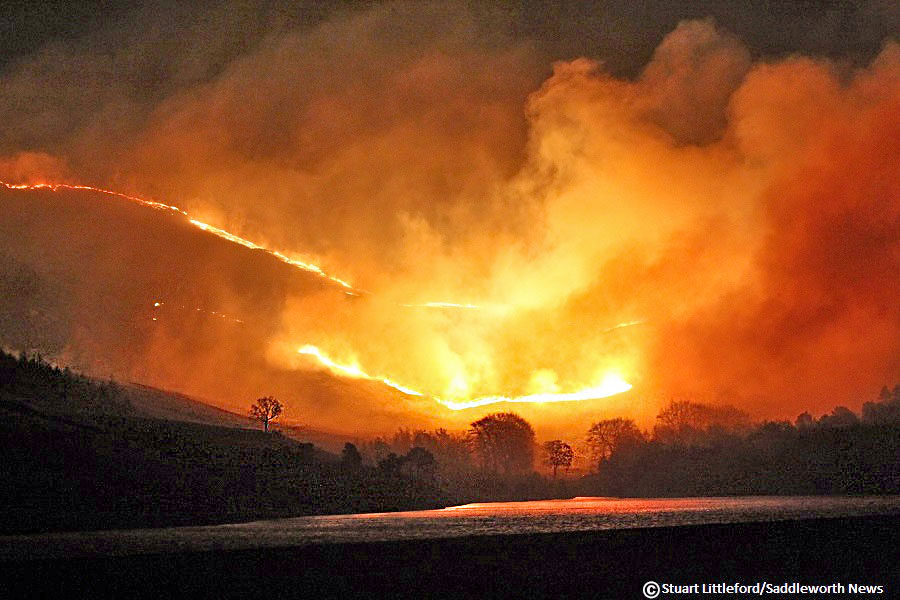 21st April 2016 – a stunning photo with the kind permission of Stuart Littleford at Saddleworth News. This photo was taken during the evening and highlights a fire spreading on land above Dove Stone reservoir towards the Chew Valley area.

The most devastating thing to happen on the moors and indeed the lower ground is that of fire. It is so easy to start a fire but so difficult to extinguish one. In 1976, between June and August, there were 82 moorland fires within the Peak District National Park. I recall it as a time when all the rangers were firefighting every day and came back home with blackened faces looking like they had emerged from a deep coal mine. 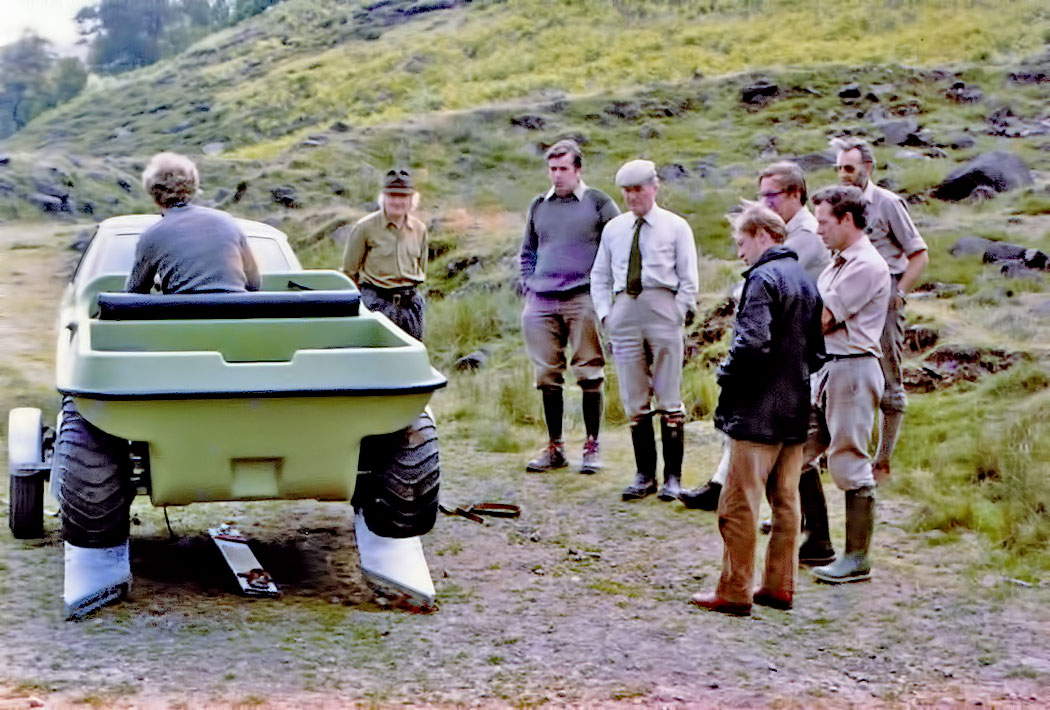 The arrival of the Argocat in 1978. Farmers and Rangers including the  Chief Ranger Col. Eric Bardell in the flat cap, look on as it’s being unloaded and ready for testing.

Firefighting training was upgraded with much equipment being made available, including, in 1978, an Argocat vehicle which could cross moorland without destroying the fragile vegetation. It was purchased for a number of tasks but proved invaluable for carrying firefighting equipment and for relaying fire hose across the moors.

In 1996 the Fires Operational Group (FOG) was established and brought together a partnership of six Fire Services, National Park Rangers, National Trust wardens, water companies, major landowners, and gamekeepers to draw up fire plans, oversee specialist fire-fighting equipment, raise awareness of moorland fires and the consequences and train for emergencies. 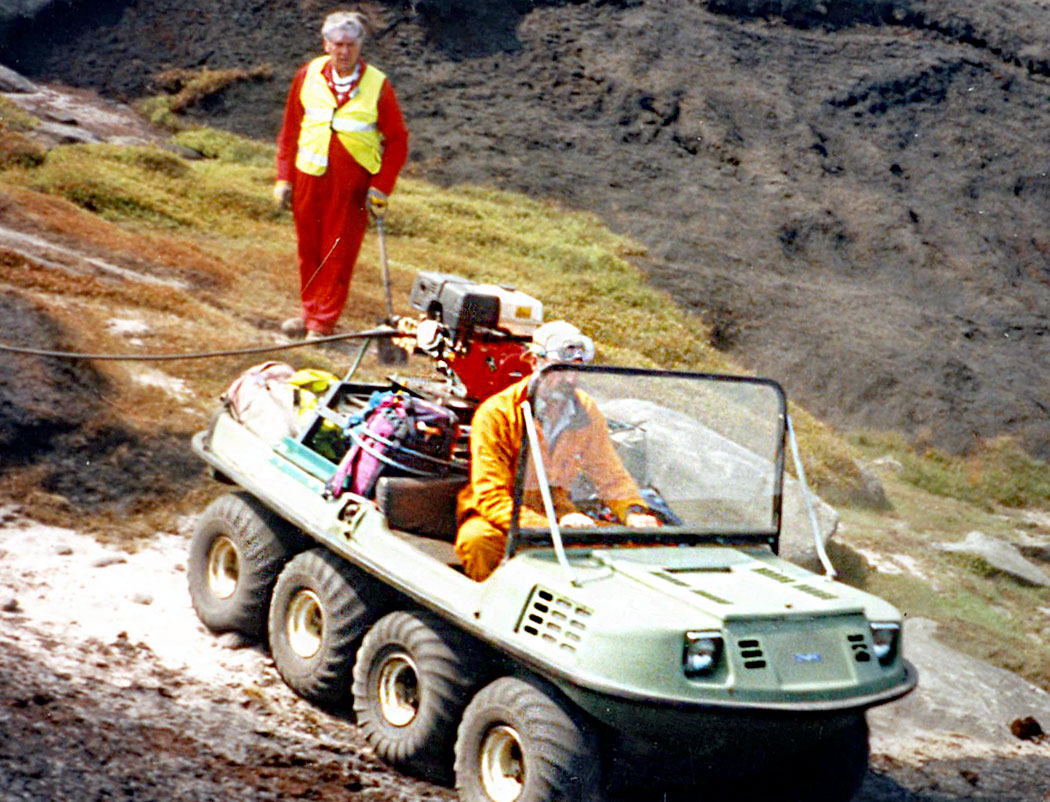 The video was made in 2011 and since then Sean Prendergast has sadly passed away. However, it makes a  fitting tribute to the work that Sean did to promote firefighting and encourage liaison between the various services. It is also as appropriate today as it was then.

Occasionally access to moorland is suspended due to the high risk of fires and this is determined by the Fire Severity Index which is compiled by the Met Office and managed by Natural England. 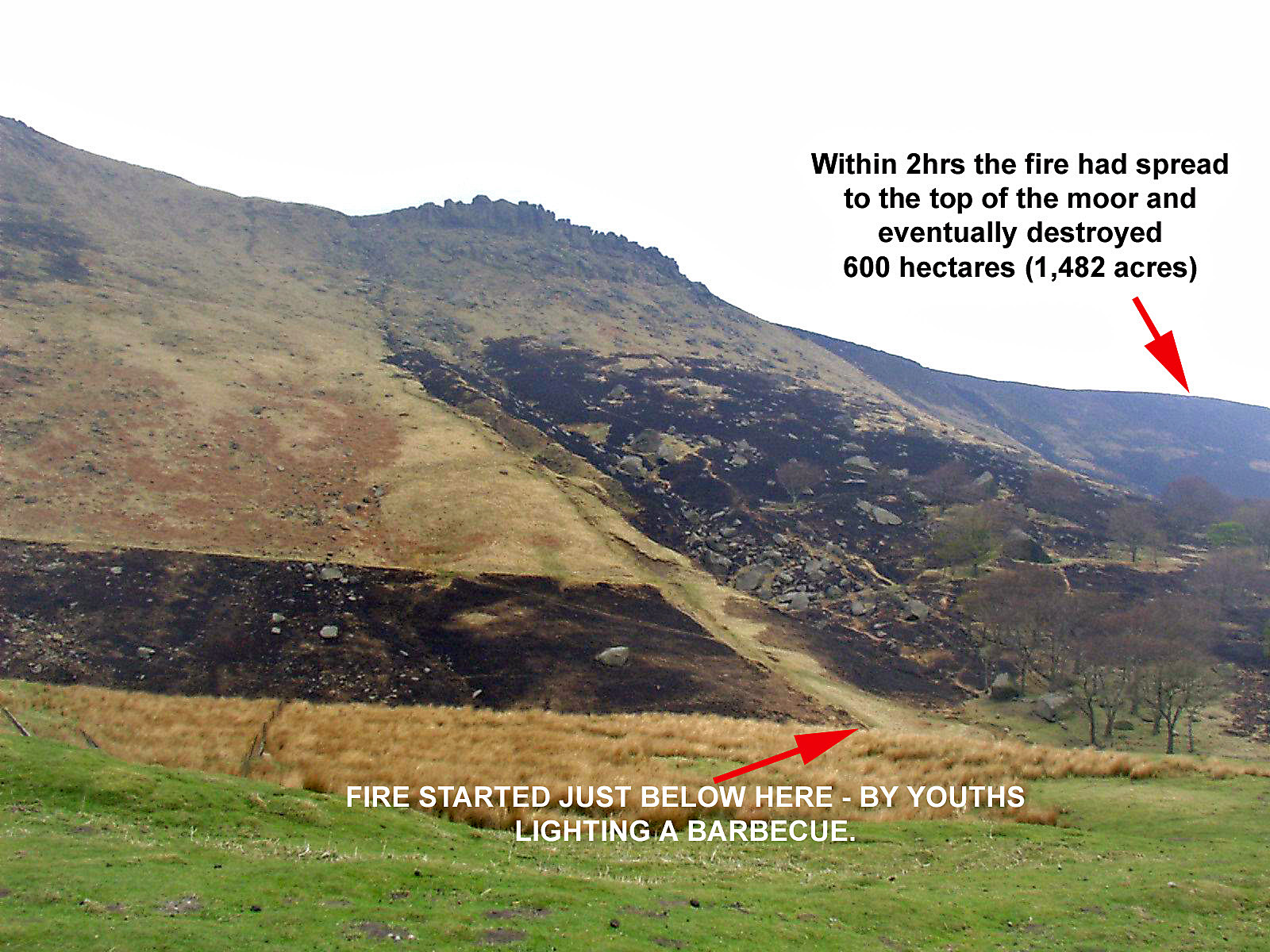 This fire, below Indian’s Head at Dovestone, spread exceptionally fast owing to a high wind. Not only did it destroy the vegetation but several lambs were found burnt to death as were ground-nesting birds still sitting on their eggs. 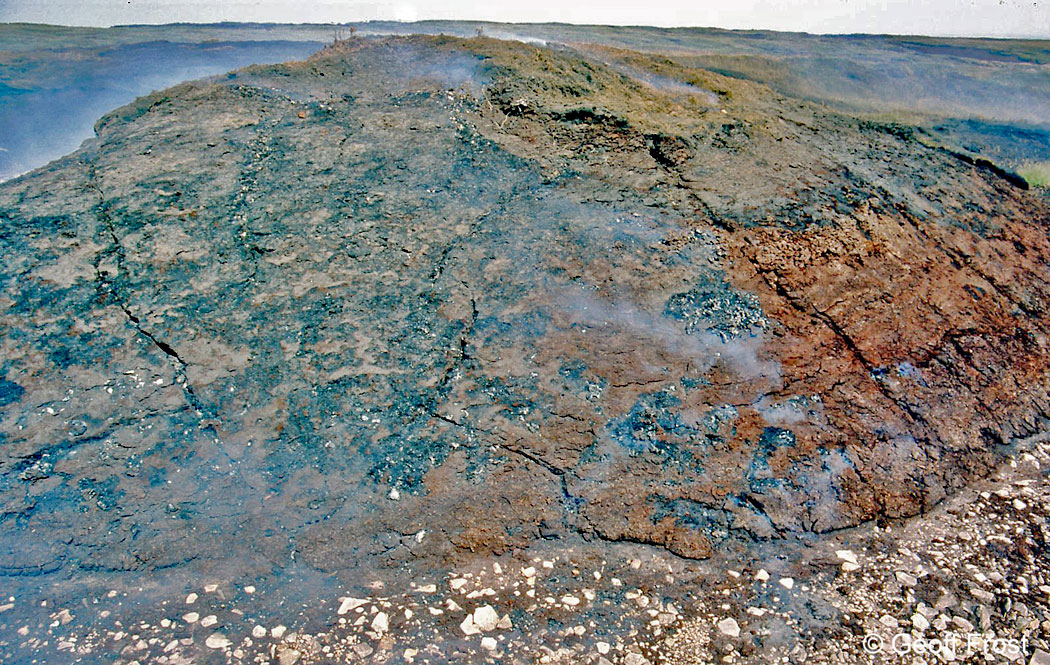 After burning off the vegetation or on already bare peat, fires can continue to burn for a considerable period. Quite often, once established, the fire will burn down into the peat and this is very difficult to extinguish. 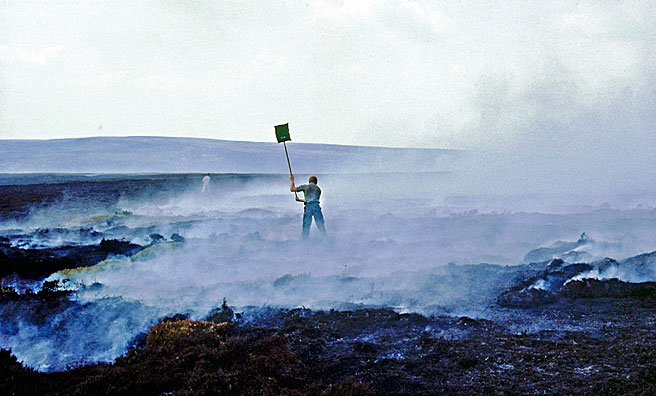 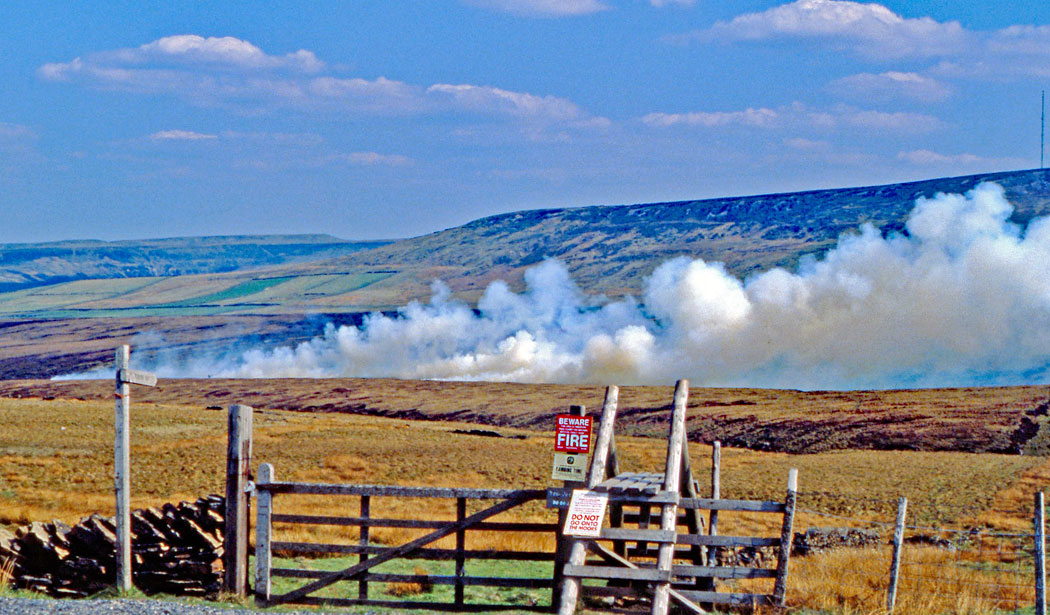 Closing access to the moors when the risk becomes too great 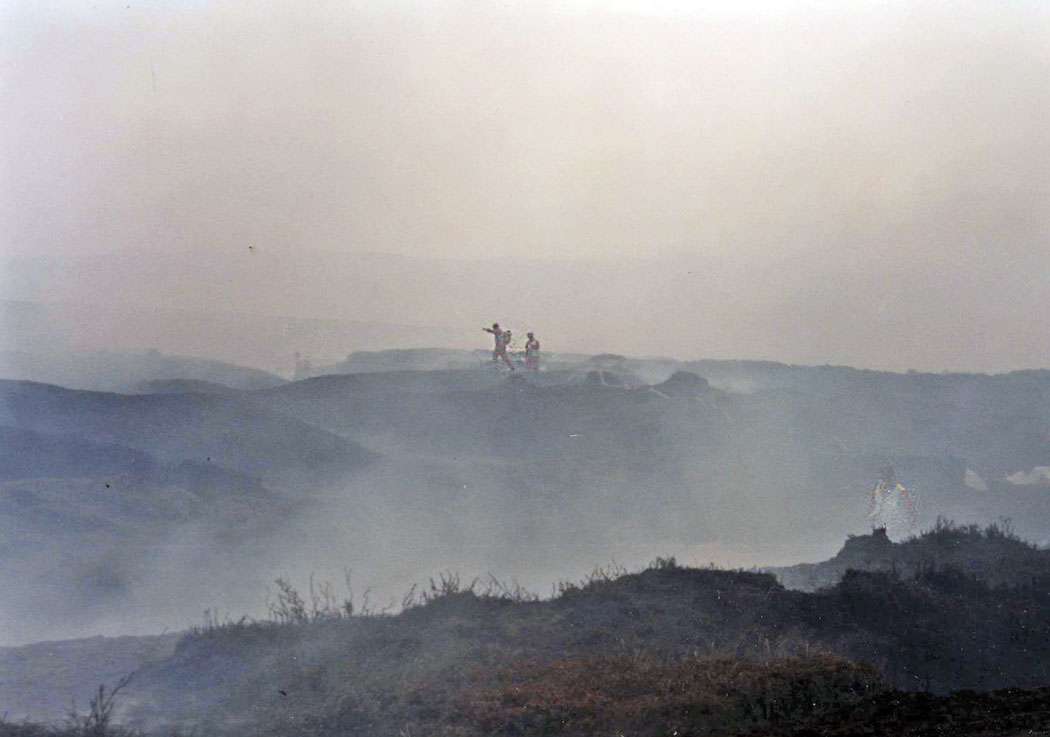 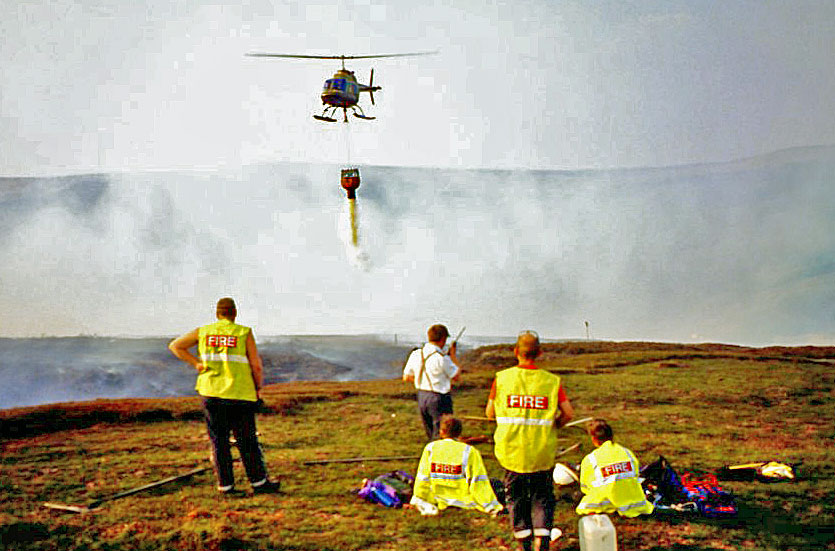 Helicopters with water carrying scoops are especially efficient in extinguishing fires. The problem though is that there are often several fires on the Peak District moors at the same time and only one helicopter. This fire is above Chew Valley near Charnel Clough. 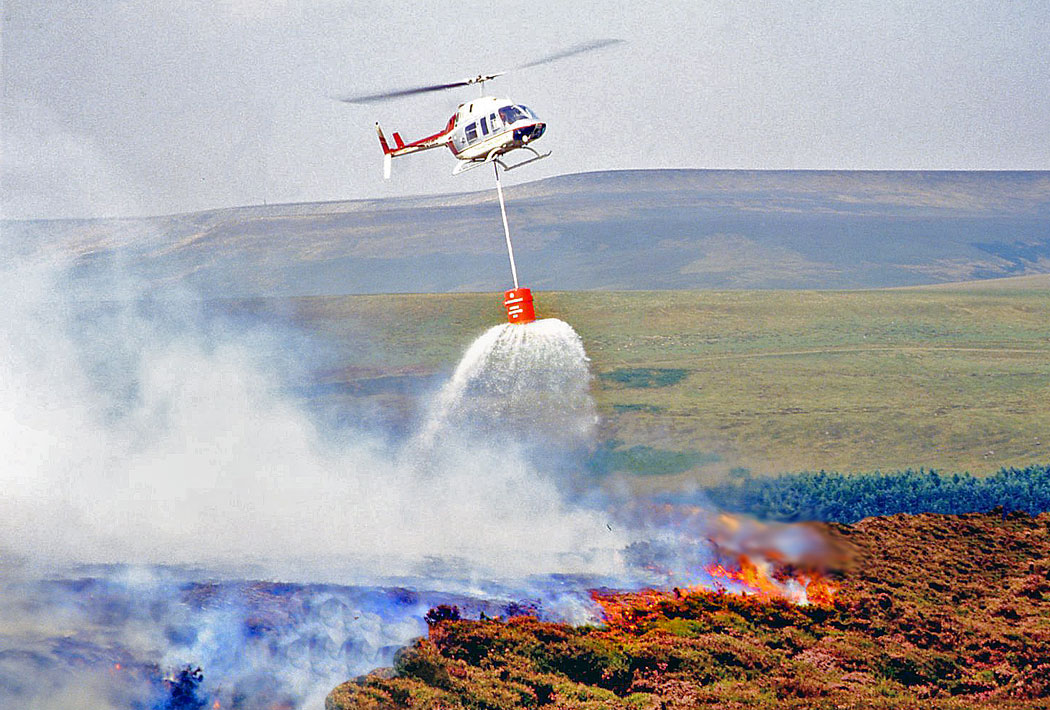 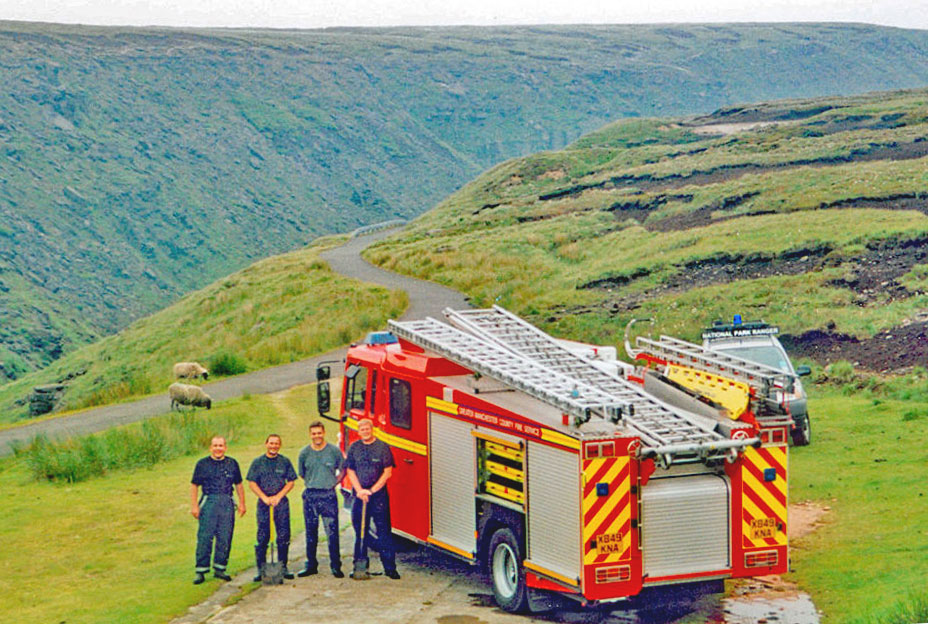 Ready for action in the ‘back of beyond’