Ever since the Beast of Bodmin Moor was highlighted in the 1970s, most moorland areas have had many reports of wild cats living out on the moor. In 2003 such a report was made about the moors above Dovestone. A farmer said he had seen a black panther-like animal see news clipping below.

In July 2008, bones were discovered on a moor close to here but they turned out to be sheep bones.

I would never dismiss such things and continue to have an open mind although personally, I’ve never seen anything resembling a big cat on the moors. There have been times though when walking in a thick mist across the moors I have had to put visions of that film, An American Werewolf in London, to the back of my mind.

After the release of the film: Blair Witch Project in 1999, there was a noticeable decline in wild camping at Dovestones. 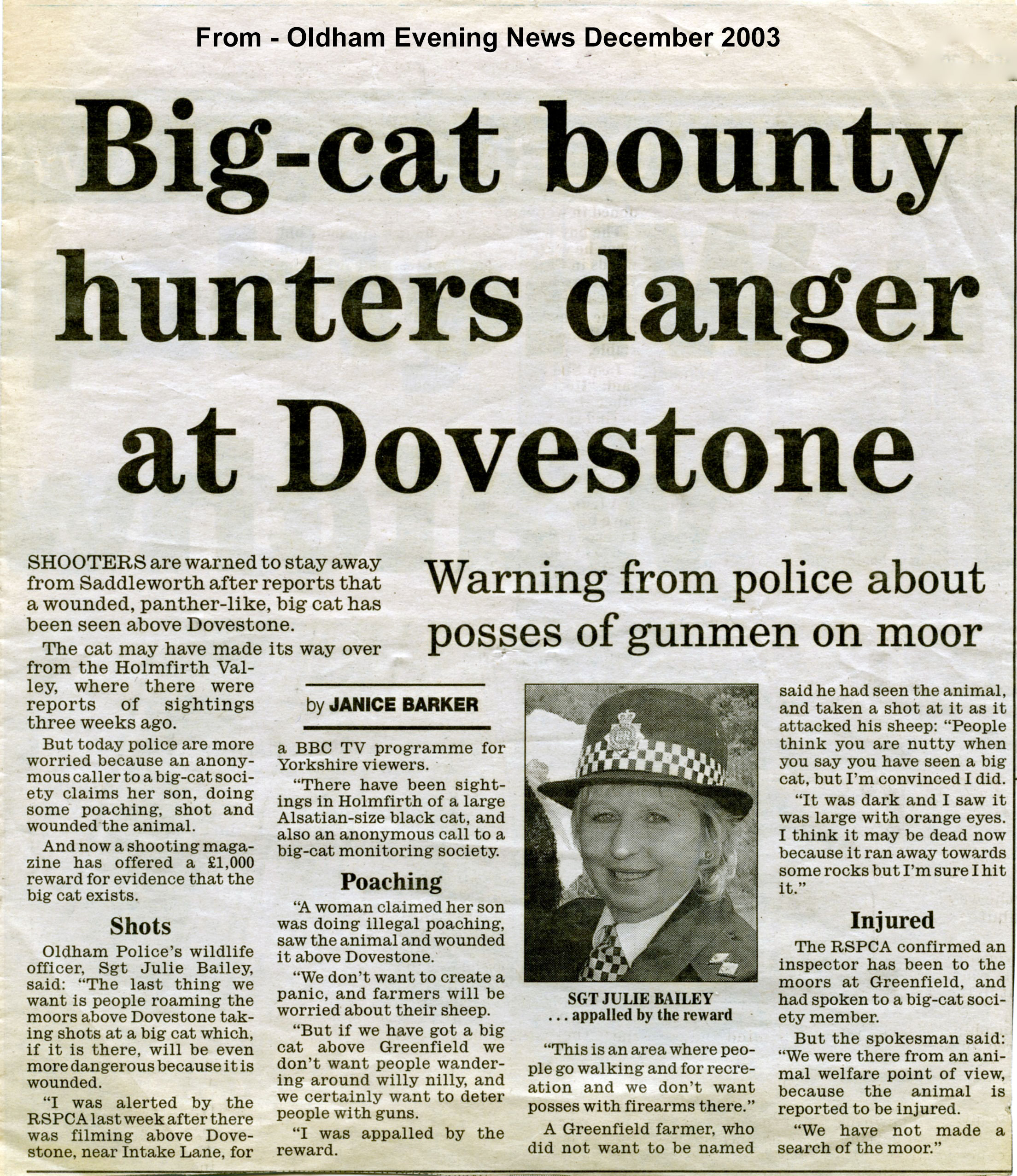