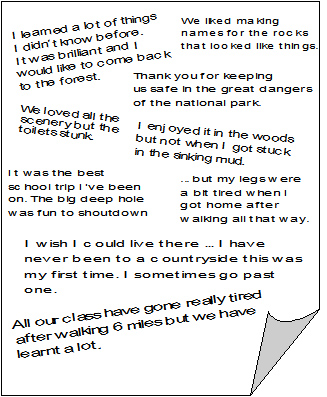 Environmental interpretation, or just plain outdoor education with a bit of fun, play an important role in national park rangers’ lives at Dove Stone. It is by encouraging school parties to visit the area and to experience the natural landscape that gives so much pleasure. In the 1980s and 1990s, the national park rangers worked closely with some Manchester inner-city schools in areas of deprivation to meet the children for a day out on the lower ground or even onto the moors.

For several years, and to date, regular annual school visits take place with a junior school from a council estate. On one trip a young lad asked, “Is this what they call the countryside,” after saying yes to him his response was, “WOW!” He’d never been to open space countryside despite living only a few miles away.

Since 1982, Peak District National Park rangers have attended every year at the Home Safety Exhibition at Uppermill organised by Saddleworth Parish Council http://saddleworthparishcouncil.org.uk/  Each year, around 600 junior school children (that’s almost 20,000 to date) have a chat with a ranger about safety in the countryside – plus visiting stalls with other services in attendance. 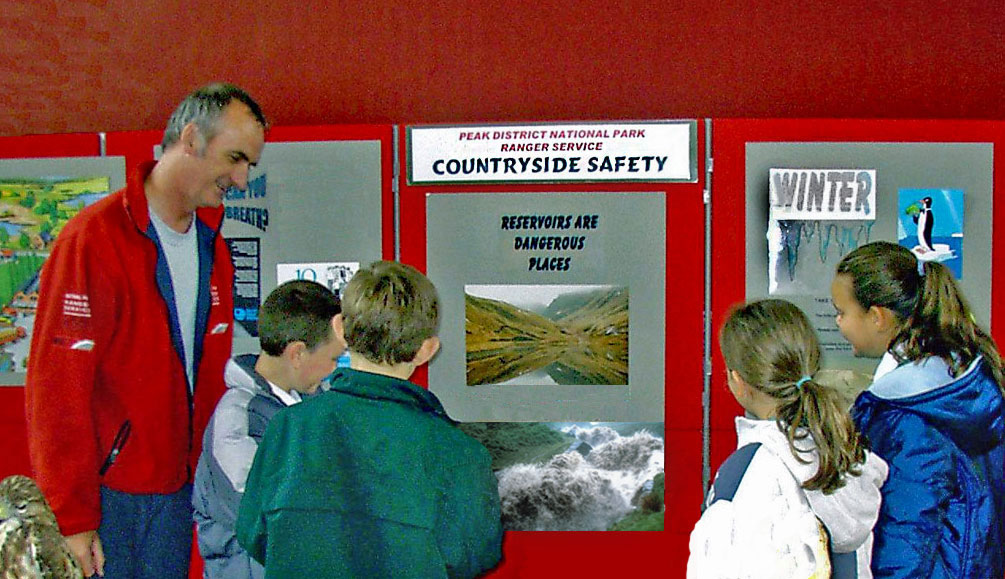 Area Ranger, Andy Valentine shows children from Saddleworth some of the countryside dangers –  2005 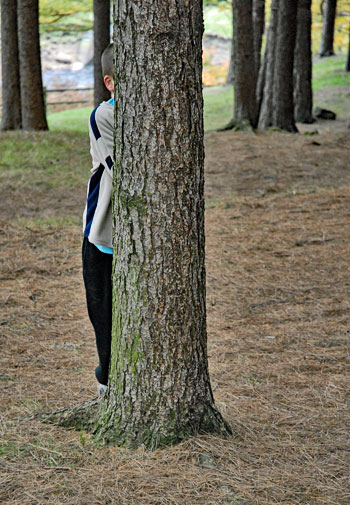 While this website was being created (2016) the Government announced:

Every schoolchild in England will have the chance to visit a National Park at each stage of their education under plans announced by Environment Secretary.

As new figures reveal that only 10% of schoolchildren currently have access to outdoor learning, the new Plan for National Parks launches a programme of activity to safeguard the future of the Peak District National Park and other iconic landscapes. 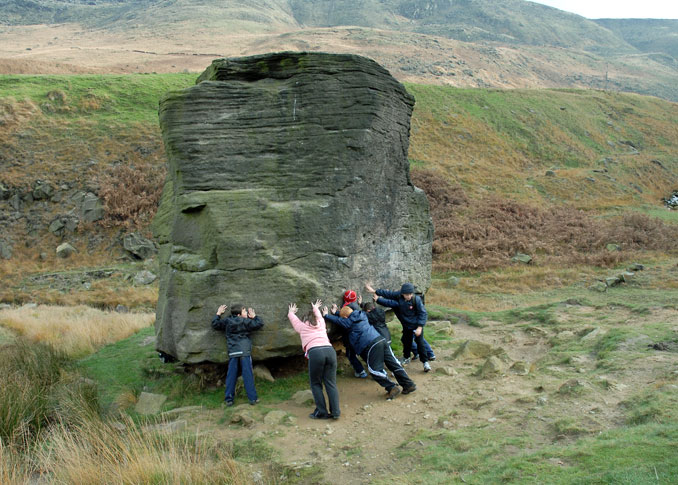 Trying to push over the Sugar Loaf rock – no chance! 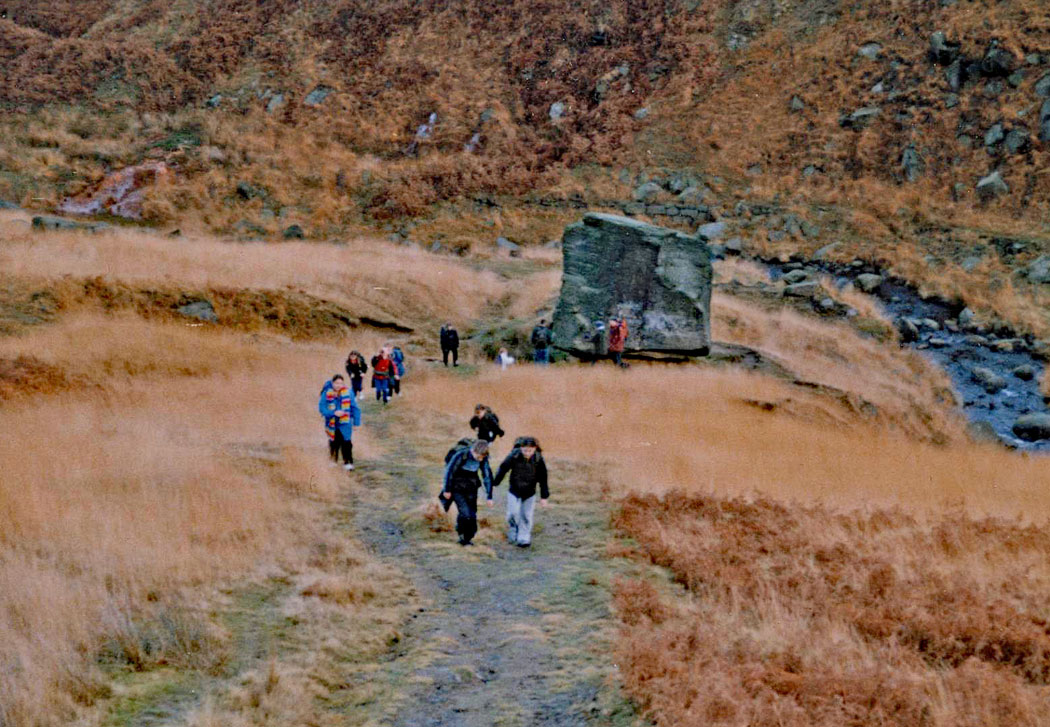 A hard way up… 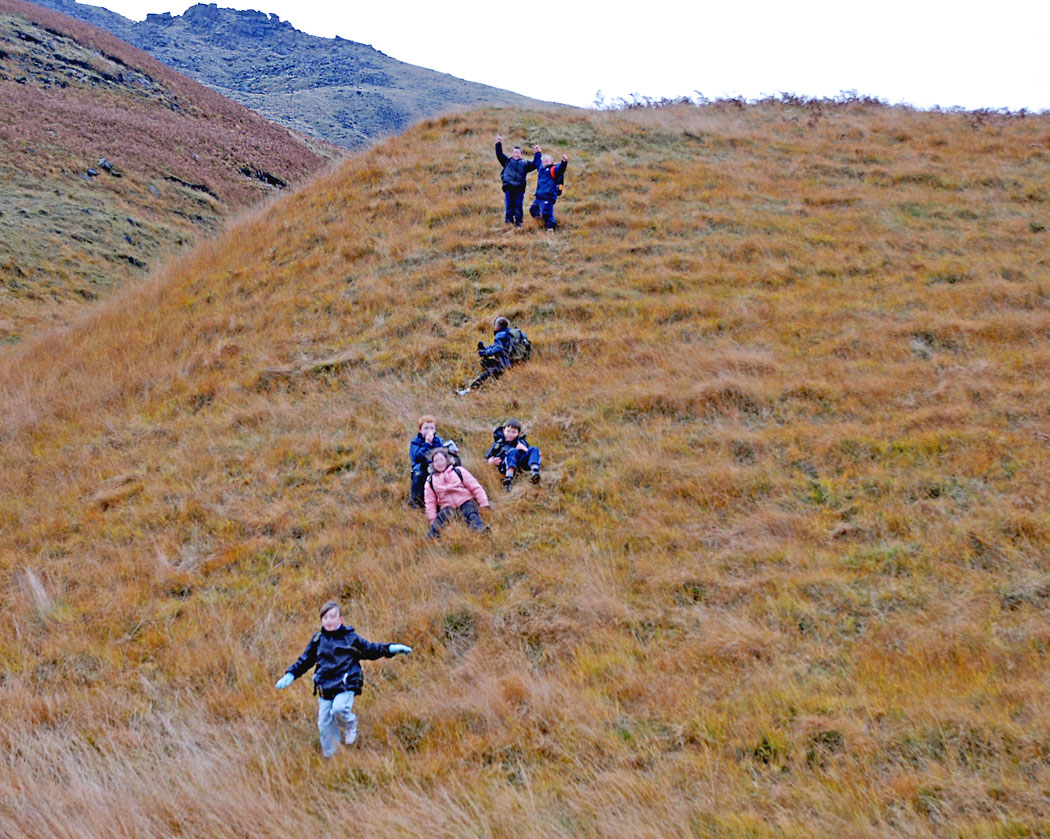 … but a quick way down