The winter of 1963 was particularly severe. The intense and prolonged cold meant much hardship for many people. On the other hand, it was good weather for ice-climbing and the Wilderness gullies in the Chew Valley were suitably plastered in snow and ice. It was such a time on Sunday 23rd January 1963 that four climbers, all members of the Manchester Gritstone Climbing Club, decided to attempt the 200 feet Wilderness gully east (which is considered a more rewarding gully climb than the west gully). 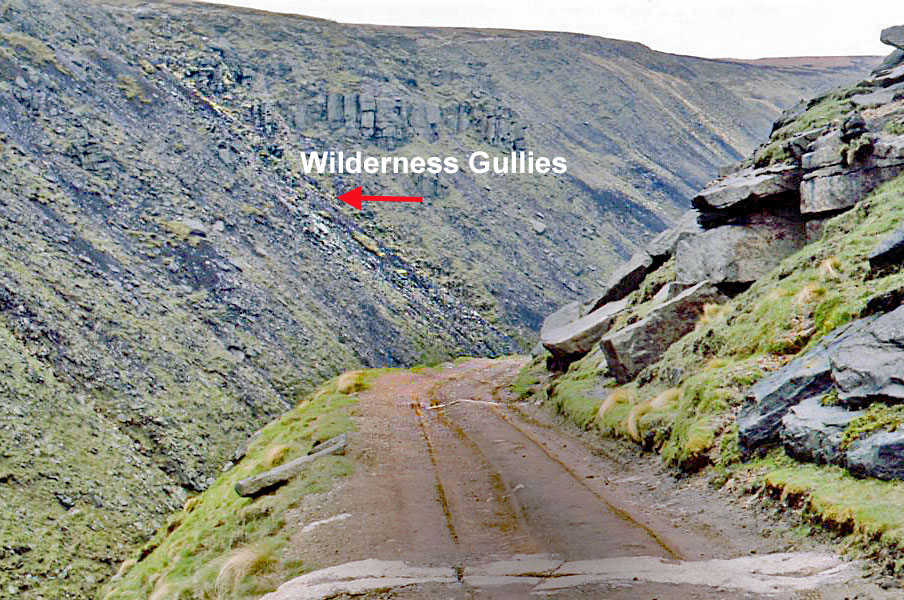 Wilderness gully area. The road has since been surfaced and safety barriers installed.

The climb was led by Graham West (29), a highly experienced local climber together with his friend Michael Roberts (27), and they were accompanied by two young climbers, Allan Wheeler (16) and John Smith (19).

According to Allan Wheeler, the two lead climbers were about 60′ above the two younger climbers when there was a loud ‘crack’ and the shout of ‘AVALANCHE’. Three of the climbers, West, Roberts, and Wheeler were knocked off the climb and fell from the face of the gully together with tons of snow and ice. John Smith managed to find Allan Wheeler and pulled him out of the frozen debris. Sadly, despite immense efforts, they could not locate Graham West and Michael Roberts. They went to the nearby Chew House, a remote Water Board dwelling occupied by a reservoir keeper. The police were called and further efforts were made to find the two men but without success and the search was called off late in the night. The following day, searches resumed with members of the Royton ATC Mountain Rescue Team, the RAF and an Army unit from Preston. The bodies of Graham West and Michael Roberts were found later in the day and taken down to Greenfield. 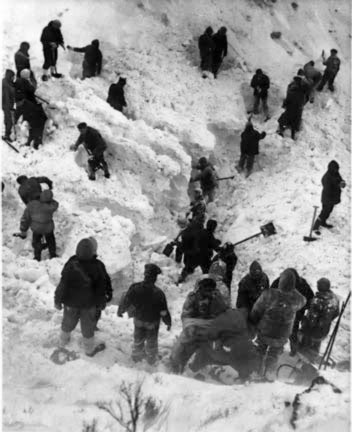 Searchers of the avalanche in 1963

In 1964, another terrible event occurred on the wild Bleaklow moor when three young scouts died on an annual scout walk, the FOUR INNS, during blizzard conditions.  Following the Four Inns disaster and together with the above avalanche tragedy, authorities realised that, despite there being many worthy voluntary rescue teams, better organisational improvements were required.  These two incidents, and after many others previously, stimulated the authorities to form an organised mountain rescue system in the Peak District. First formed by the Peak District National Park Authority executive, this organisation changed the way mountain rescue was organised in the Peak District under the auspices of the police and does so to this day. 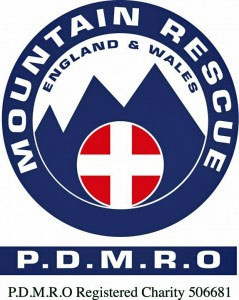 In this area, the main rescue team is the Oldham Mountain Rescue Team (OMTR) shown above exercising near the area where the avalanche occurred