The Aston-under-Lyne, Stalybridge, and Dukinfield (District) Waterworks Joint Committee was generally thought to have the longest title of any Waterworks Authority in the country. And, by virtue of its Act of 1870 to have been the first example of grouping Water Authorities together on a regional basis.

During the Industrial Revolution, the population of Ashton, Stalybridge, Dukinfield and Mossley increased dramatically. The problem was that knowledge and awareness of good hygiene didn’t keep up with the population.

The first reservoir in this are 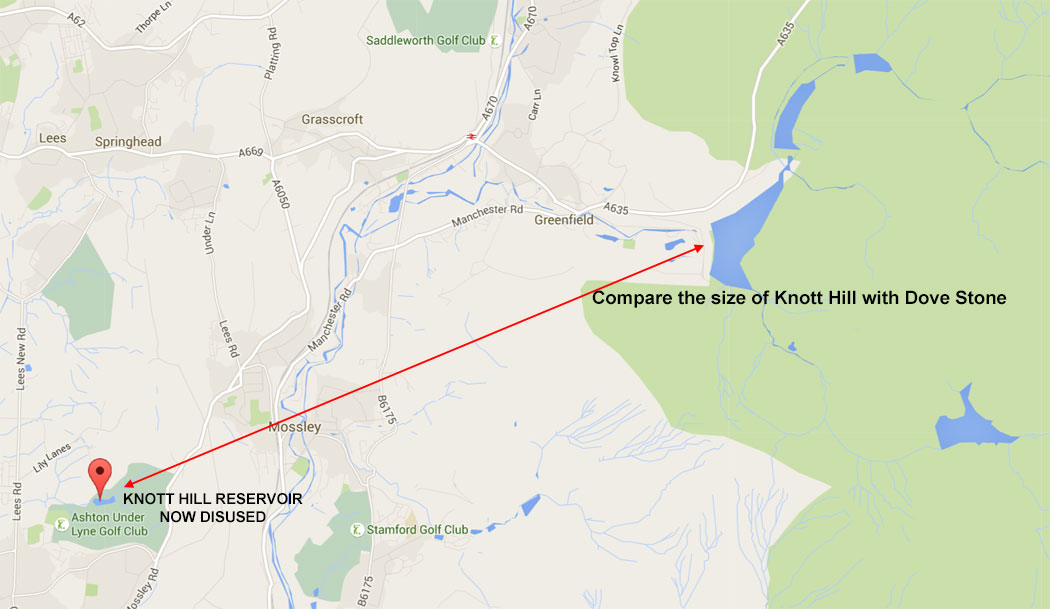 a of any significant size was constructed at Knott Hill in 1835 to provide a supply of water to the township of Ashton. It had a capacity of 64 million gallons (291 million litres).  The provision of a supply of water into a domestic property before the Industrial Revolution was virtually non-existent. Wells and streams had served the townships and hamlets and there was little desire to change that – until the arrival of the Cotton Mills and the influx of workers from the countryside into the towns. Rows upon rows of terraced houses were built to house the cotton workers.

The first larger reservoirs were built in the Brushes Valley just across from Chew. These were the Swineshaw Reservoirs and were constructed by direct labour when the country was suffering from the effects of the American Civil War.  Water from these reservoirs was turned into the Stalybridge and Ashton mains on 1st October 1869.

It is Matthew Tweedie Baillie Whitson who had the most impact in the Dove Stone area, overseeing the construction of  Dove Stone reservoir. There is a stone pillar with a plaque at Ashway near the RSPB site.

The Ashton-under-Lyne, Stalybridge, and Dukinfield Water Works Joint Committee became the West Pennine Water Board in 1968, which later became North West Water. North West Water became privatised in 1989 and in 1995 it merged with the electricity company NORWEB and became United Utilities PLC although both companies retained their separate identities. 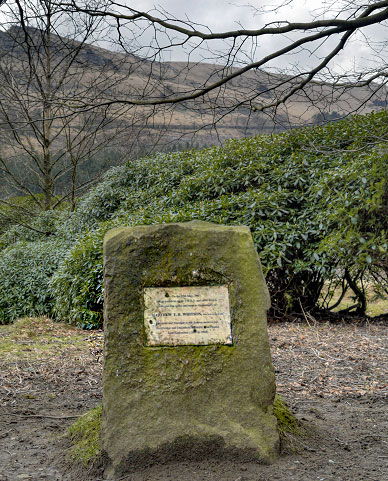 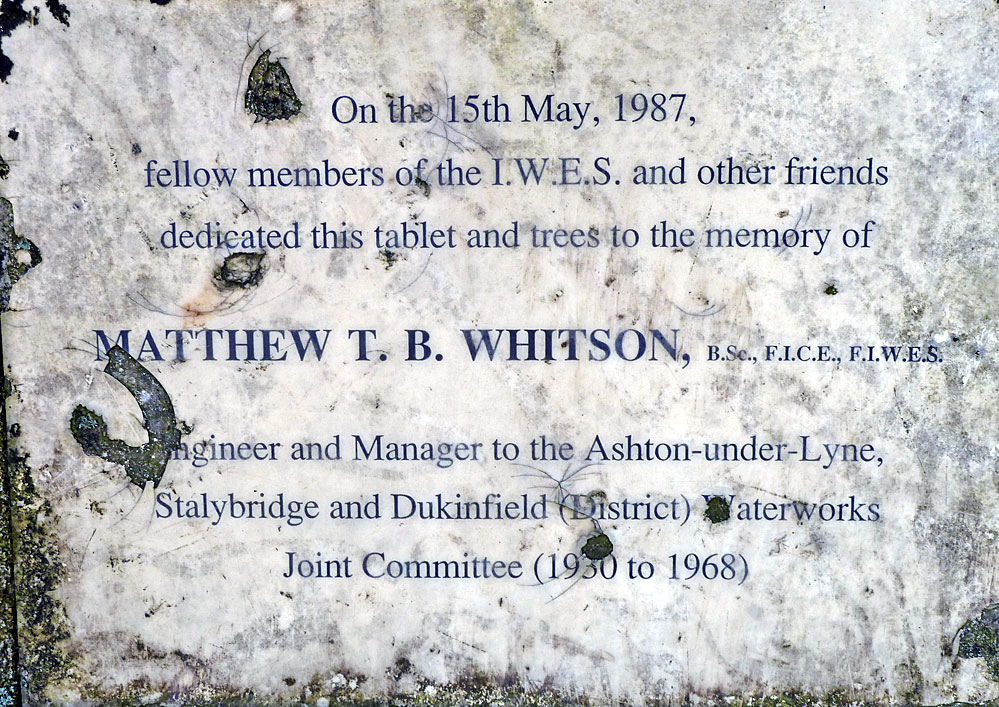