These are just a few odd things I’ve managed to photograph at Dovestones or in the nearby areas. 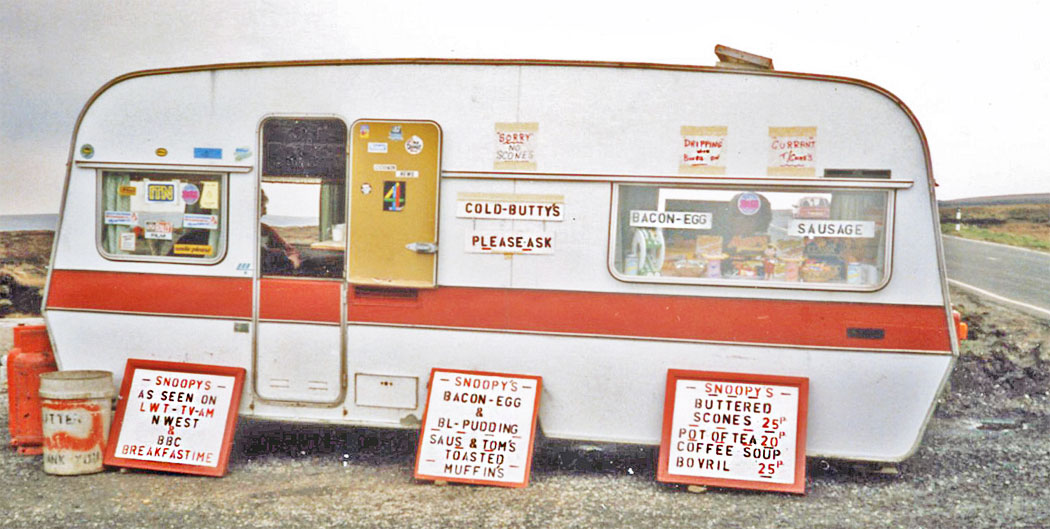 Snoopy’s snack bar on the summit of the A635 road during the 1987 police search for the remaining bodies from the Moors Murders. Some might think it inappropriate but Snoopy was already there long before the searches. The original route of the Pennine Way runs next to here. 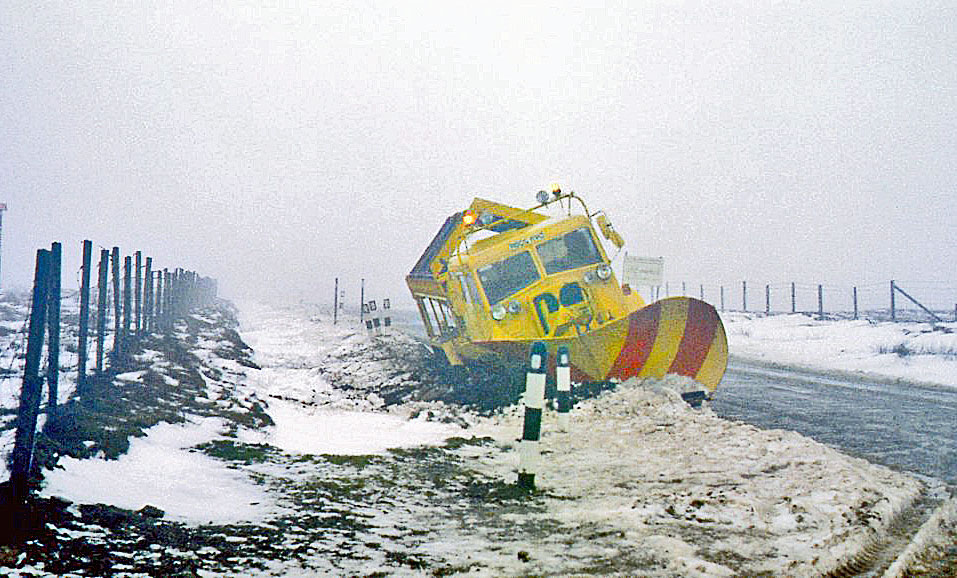 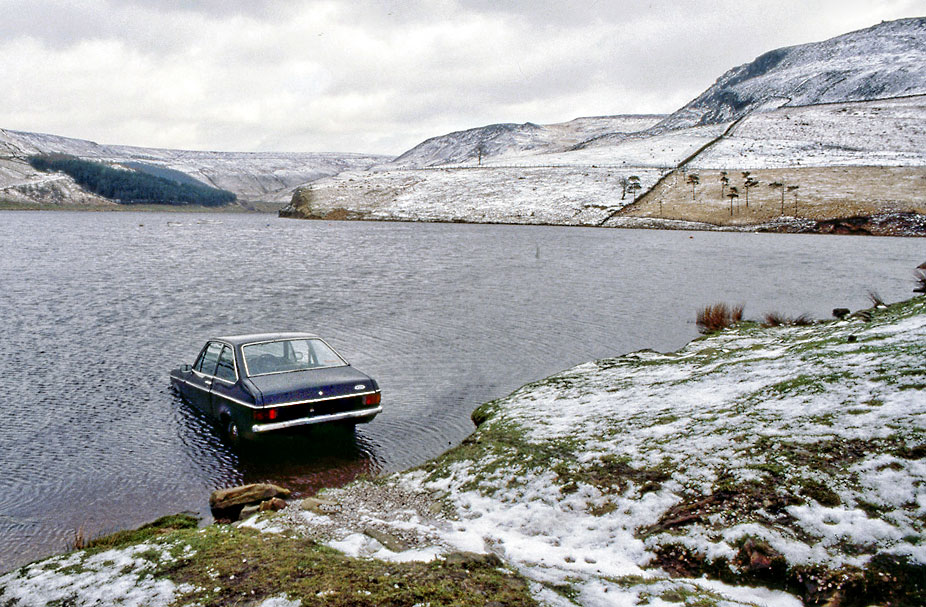 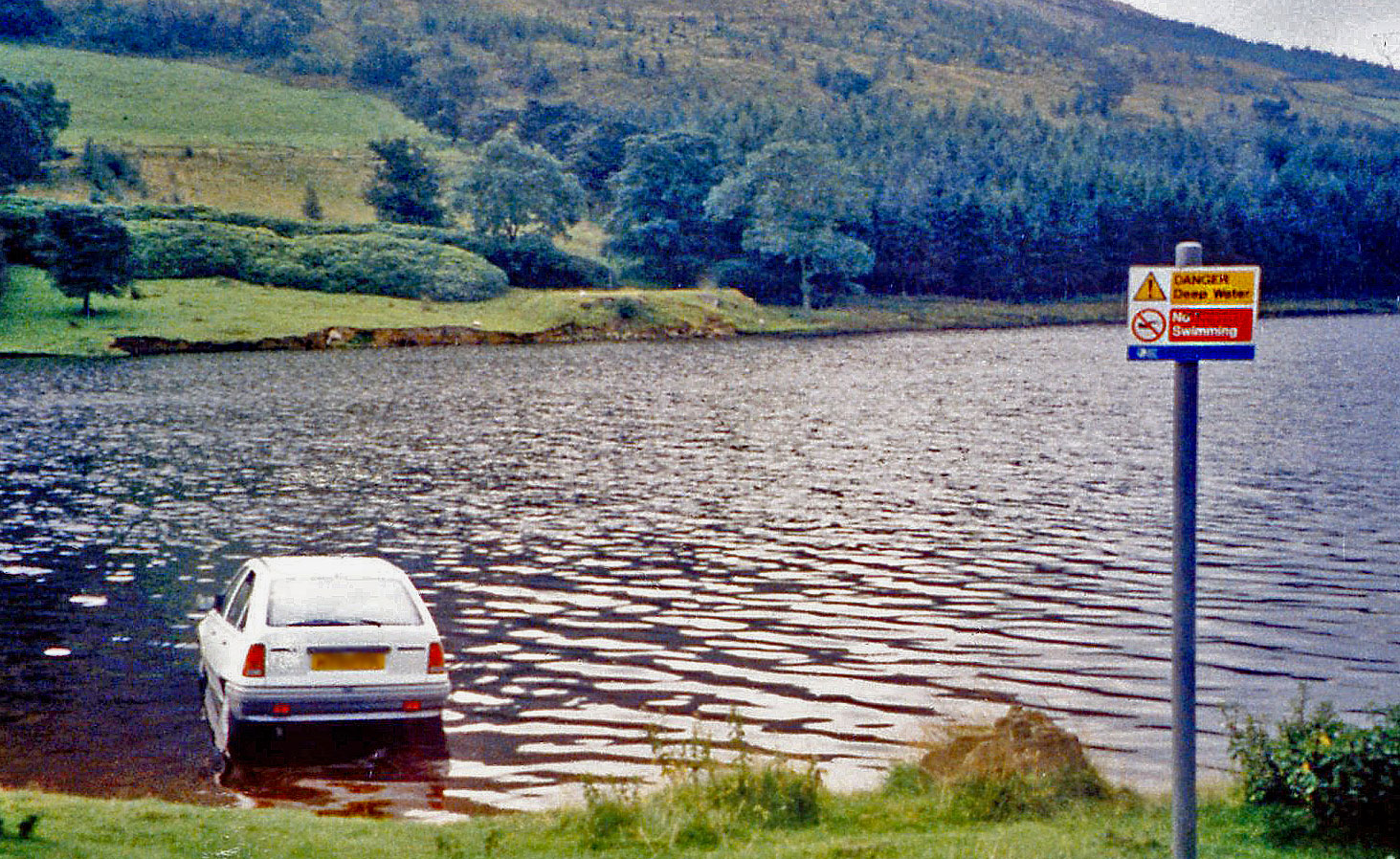 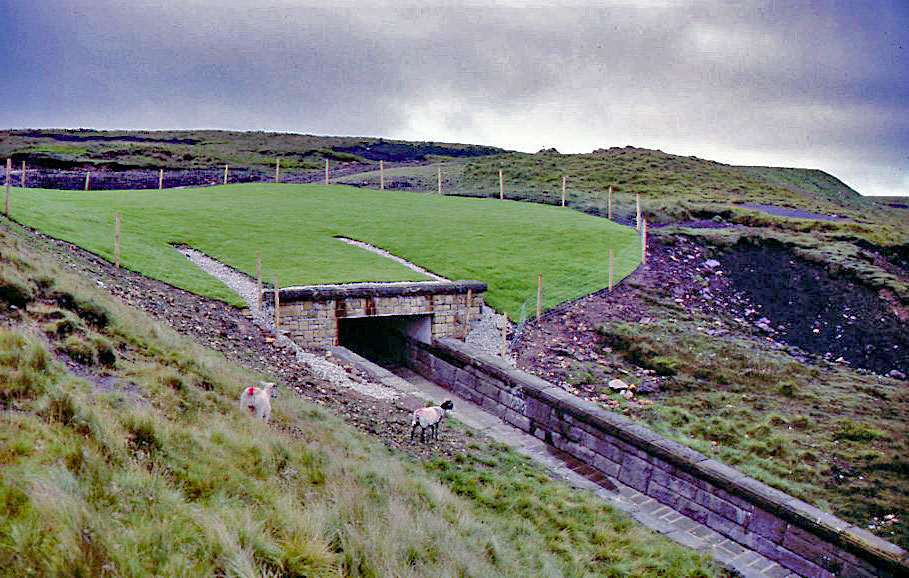 After work finished on Chew Reservoir, the contractors ‘made good’ the site. Sheep thought Christmas had arrived. A colleague returning on a flight to Manchester Airport said it could be seen from high above, standing out like the proverbial ‘sore thumb’.

Phantoms of the Peak District? No, just a religious group from Barnsley

A windy day on the high ground 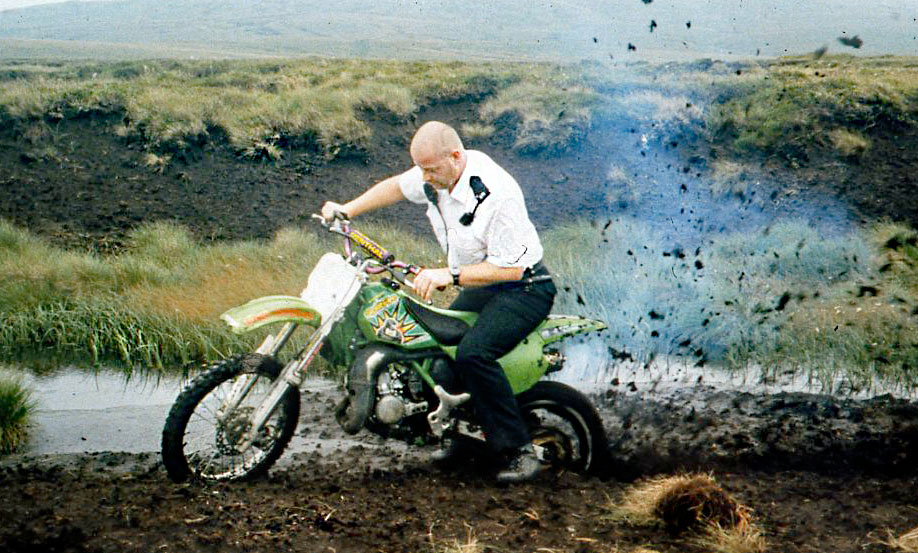 Rangers have enough trouble catching trials bikers illegally riding on the moors, but when it’s a policeman riding one – well really! 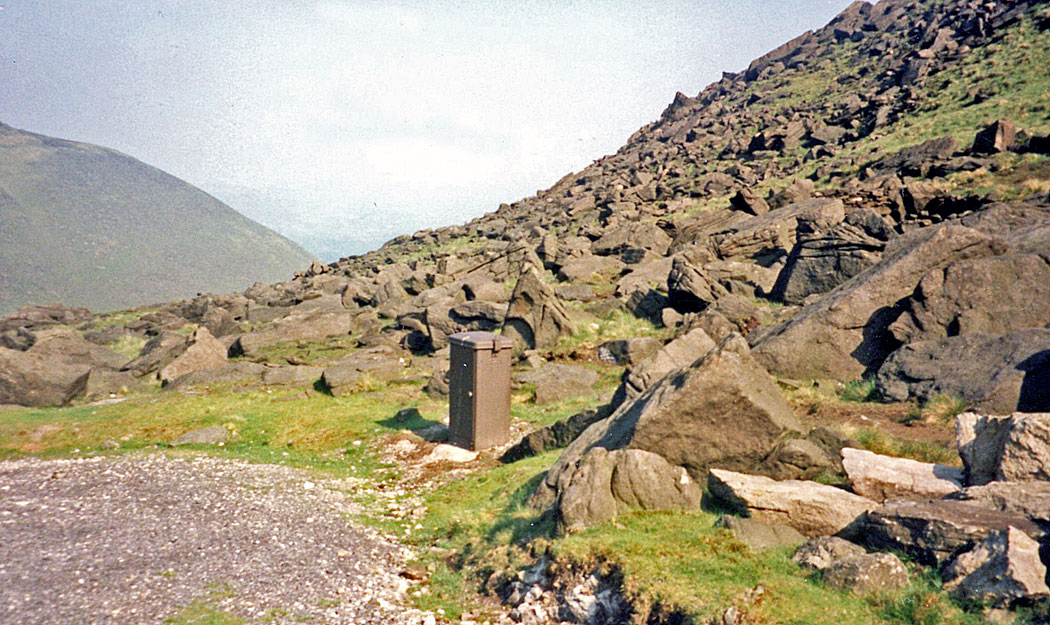 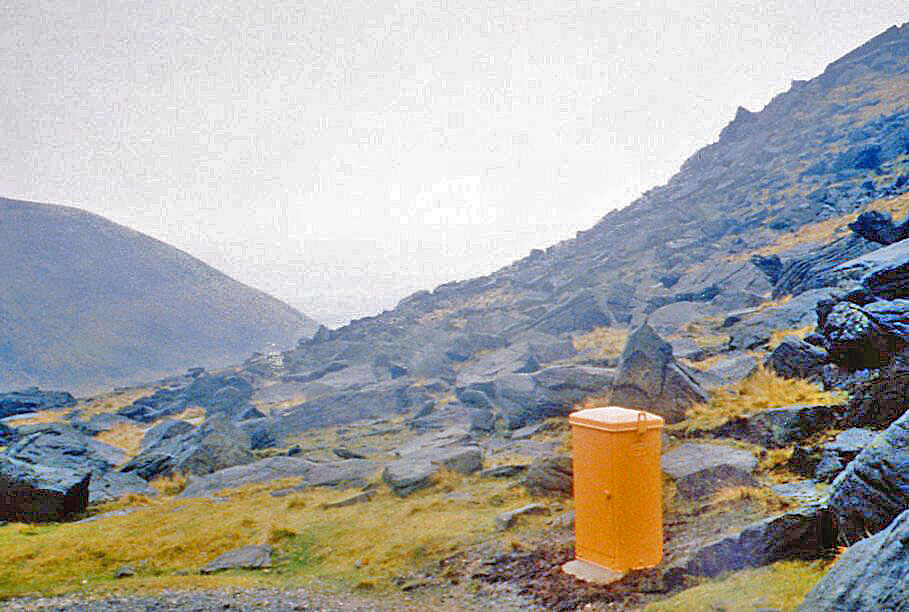 This is not undercoat but this is the colour it was going to be left in – until complaints. 1998 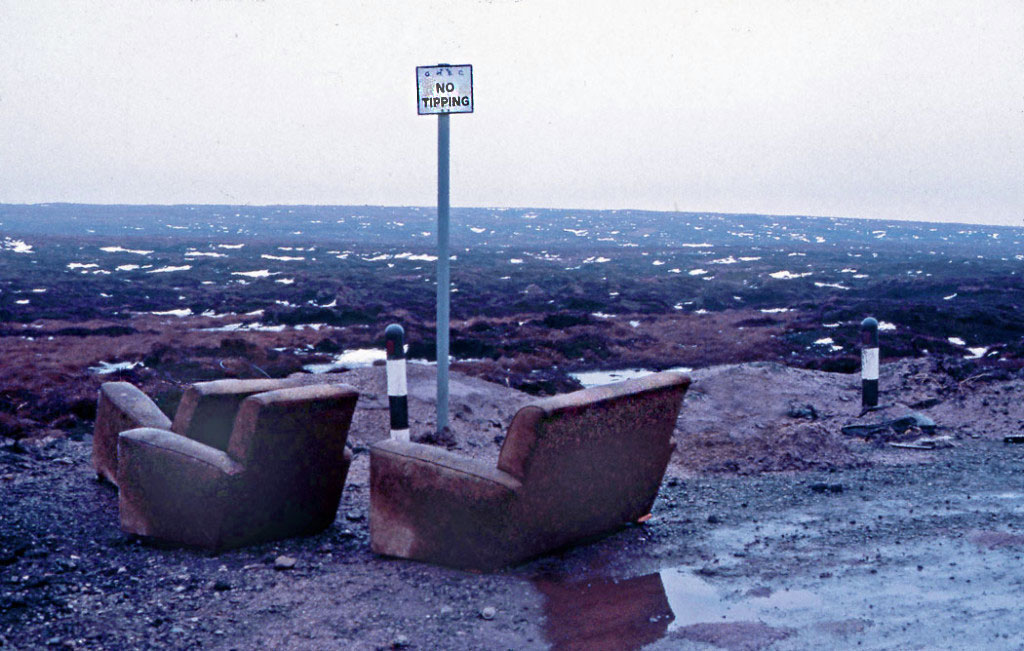 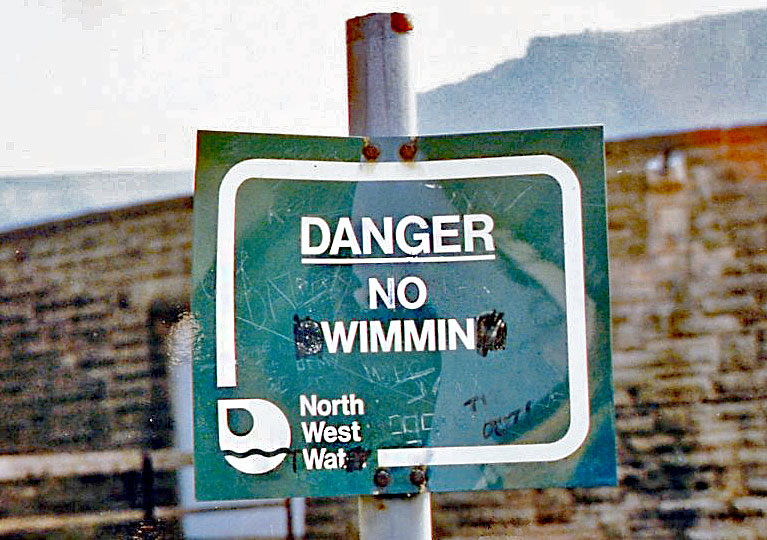 Dove Stone before the days of political correctness 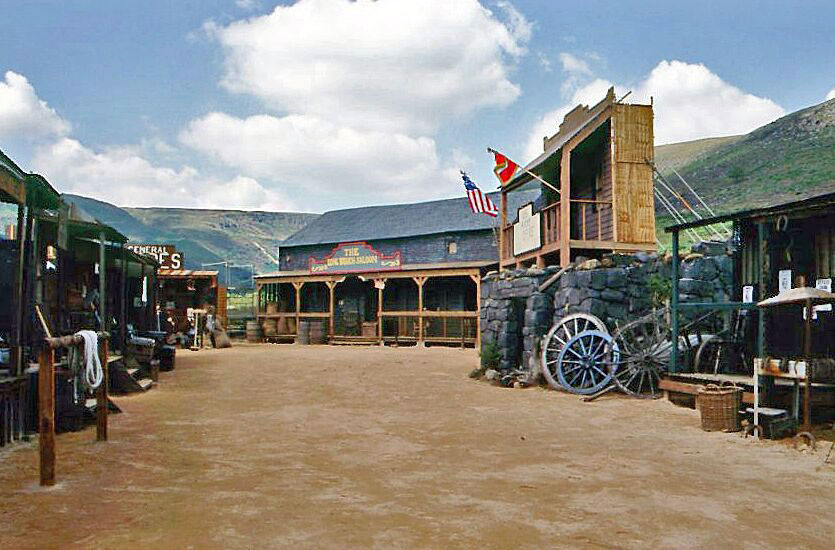 Not Dove Stone but not too far away at Crowden with Laddow Rocks in the background. This was a film set for a BBC comedy series called Bootle Saddles, the actual ‘town’ was called Apache Wells. 1984 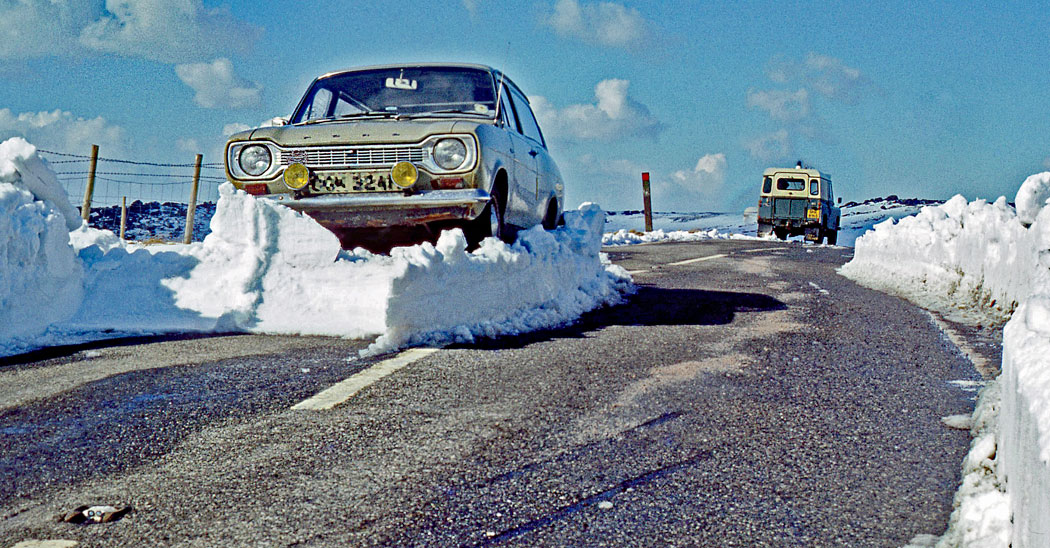