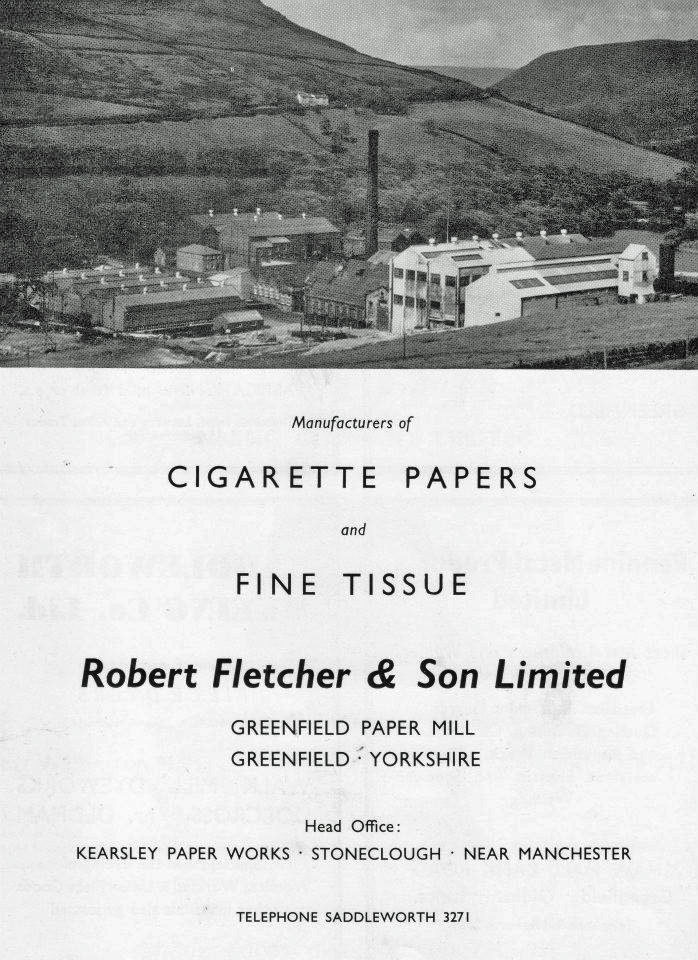 Robert Fletcher and its mill just below Dove Stone has been an integral part of the area for many years and has directly affected the management of the reservoirs. Before it went into receivership,  it was the sole manufacturer of cigarette paper and the water from the hills was essential to that process. Even before Dove Stone reservoir was built water was collected by a series of pipes from the Chew Valley area.

The mill has been stationed here for over 200 years with Robert Flecher & Son commencing the business of cigarette paper manufacturing in 1921. At its height, it employed 1000 people to run seven paper machines.

By 1986 the company was making a loss and was purchased by the Melton Medes Conglomerate who turned the company around and started to make a profit once again. However by 2001 the company was once again failing and the decision was made to close the other mill it owned, Stoneclough Mill. Some people were transferred to the Greenfield mill, but the company could not sustain the increasing losses and it was forced into receivership.

The present derelict factory of Robert Fletcher and the land holdings are now owned by Purico a holding company headed by Nathu Ram Puri.

When it was in production I recall the occasional nasty smells that used to come from the mill. There was an emergency notice at the ranger centre warning of what actions to take in the event of a chlorine gas escape. This would be notified by the sound of a siren. The biggest problem for the countryside area was the tipping of a type of white pulp residue just off the Chew Road. This was done by a tipper lorry driving up and down several times a day. There was nothing the National Park could do to stop this unsightly landfill as the site was there long before the national park was formed. Since the closure of the mill, the tip has been landscaped. 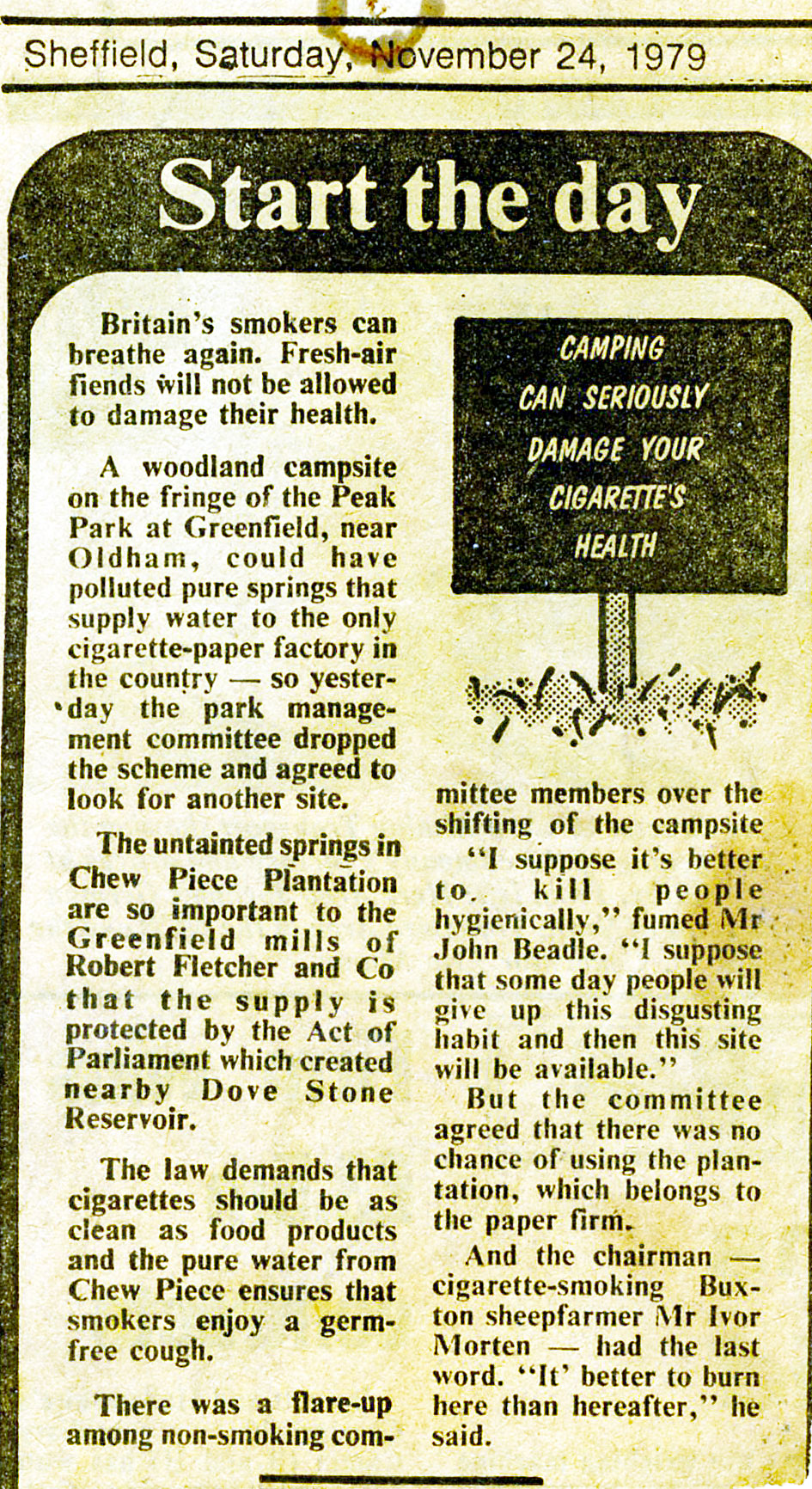