It’s sad that such a beautiful place as the Dove Stone area is occasionally spoilt by moronic behaviour. Mostly this is from youths drinking on hot days and behaving like the worst kind of football fans abroad. Their threatening presence upsets many people especially families with children and older folk. But it’s not only youngsters; many other people think it’s okay to light fires and dump litter wherever they feel like. The thing is, is it a modern thing or has it always gone on? Read the clippings below and you’ll see it’s been happening for many, many years.

The big problem these days is the sheer amount of disposable litter that was not available in the past. But it’s not only litter (see under LITTER), vandals have destroyed stiles, trees, signposts, spread graffiti,  They have lit fires and caused immense damage and death of wildlife (see under FIRES). Just why would any person come to a place like Dovestones with its natural beauty and then attempt to destroy it is beyond reason.

But it’s not just a modern-day problem, such things happened way back in the last century. The news clip below shows the forerunners of the rangers of today, another clip shows just what one visitor thought of the area. 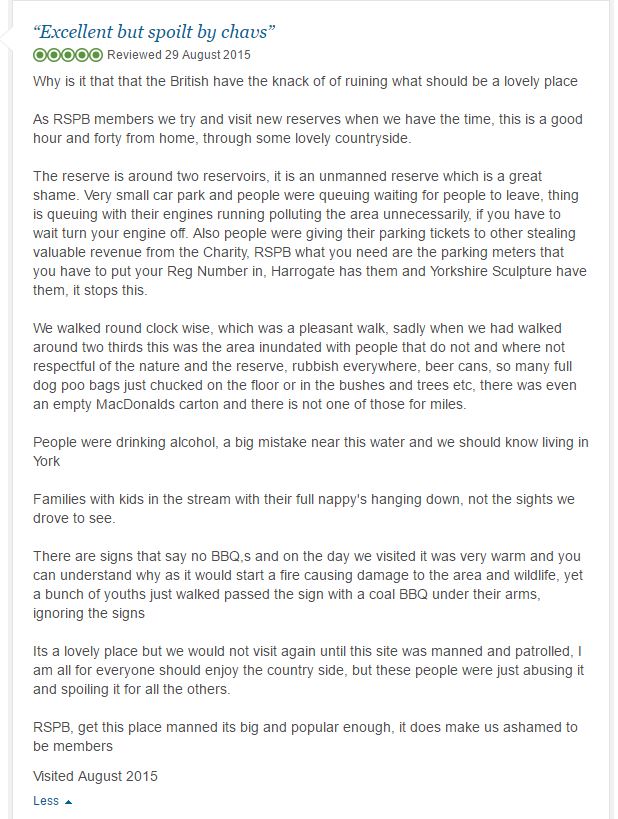 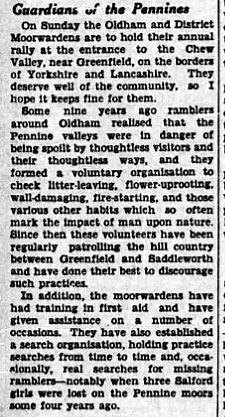 Some people like it quiet in the countryside but on busy days there is bound to be noise. Laughing children is a delightful noise but bawling yobs aren’t. In the 1930s, a Professor Joad  said this, amongst many other things, about noise:

“Cows call persistently to their calves, calves to cows; milk churns rattle away to the railway station, children go early and noisily to school, sheep bleat, dogs bark, cocks crow….But in a day or two one grows accustomed to these phenomena…Or did! For today the peace of the country is invaded by a new and alien set of noises. Gramophones, loudspeakers, and motor bicycles are perhaps the chief offenders, but a petrol-driven sausage machine which chugs on its eruptive way for a couple of hours each morning ranks high on my blacklist.”