During the early months of 2001, Foot & Mouth disease in the UK was confirmed with Cumbria being the worst affected area. Eventually, because of the huge concern of the disease spreading, transportation of livestock was curtailed and public rights-of-way across the Britsh countryside were closed. 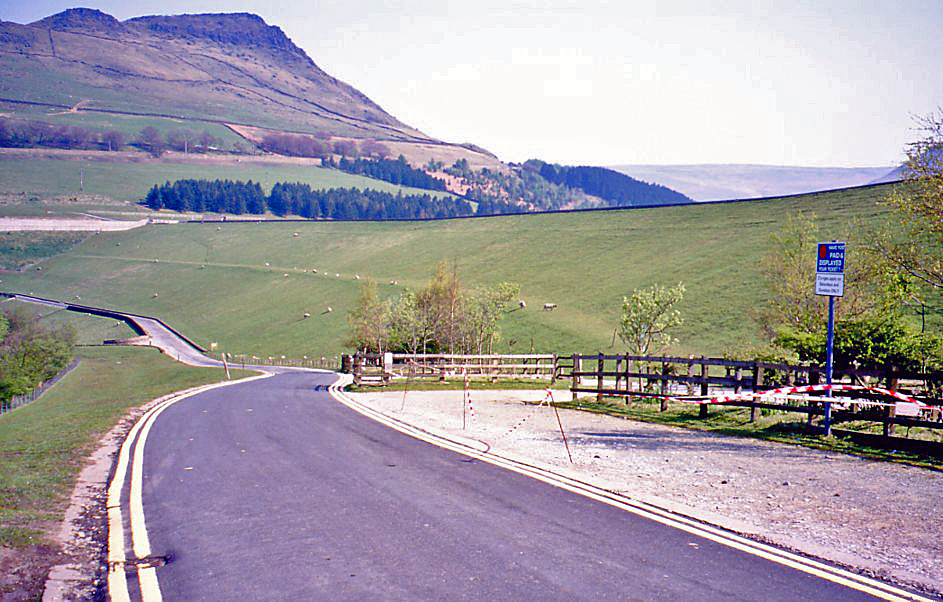 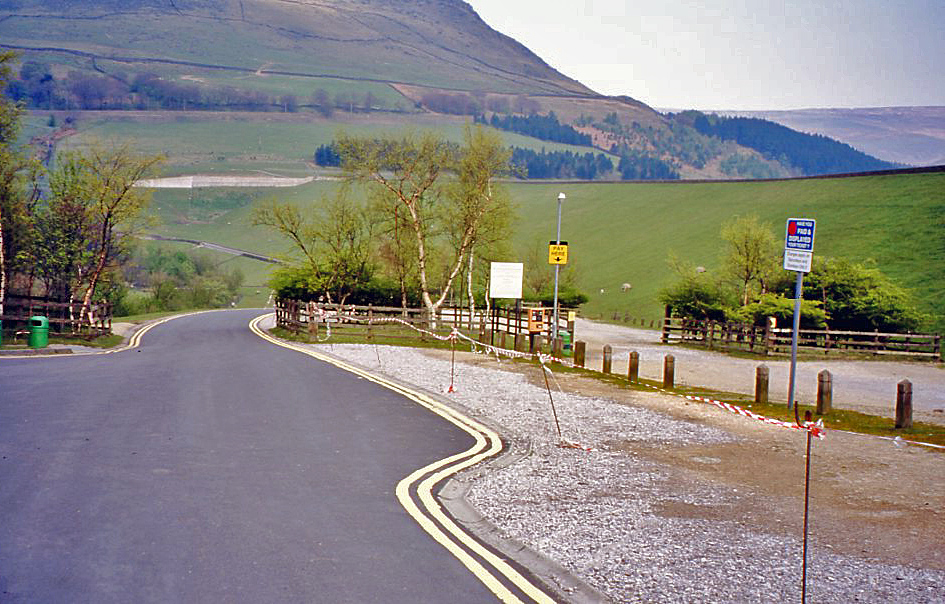 On the 1st March 2001, all Access Land, public rights-of-way, and car parks at Dovestone and Binn Green were officially closed as a precaution against Foot & Mouth. National Park rangers taped off the car parks and erected numerous warning signs throughout the area. A physical presence was maintained every day by full-time, part-time and volunteer rangers working in shifts throughout the closure months, often beginning from 05.30 until late evening. At Dove Stone, the road leading to the sailing club, Kinder Intake farm and beyond was manned at the entrance barrier above the car park. Here, a strip of material and straw soaked in disinfectant was laid and maintained across the road. Only bona fide vehicles and people were allowed past that point – or anywhere else within the area of closure at Dove Stone.

Liaison continued throughout the crisis between rangers, farmers, the police, Oldham MBC Environmental Officers and Oldham Mountain Rescue team. In general, the public was highly supportive and few incidents of trespass took place. Throughout the closure period, there was only one person officially cautioned for allowing her dog on grass verges. The fine for trespass on the closed land was a maximum of £5,000, which certainly thwarted those people who intended breaking the regulations. 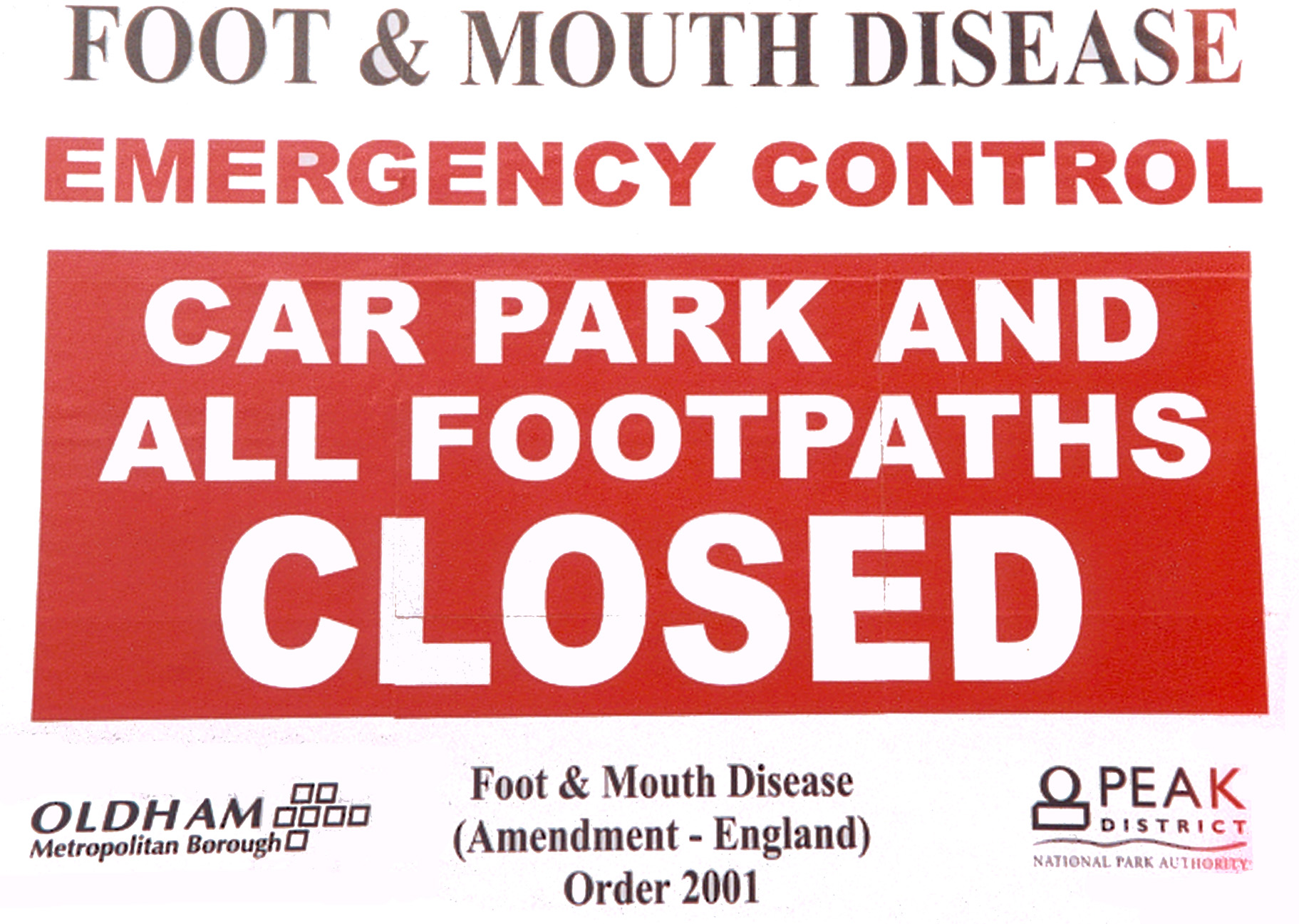 The closure lasted until the 6th June. No outbreaks of the disease were encountered at Dovestones although throughout Britain over 10 million sheep were killed.

One light-hearted event, despite the sadness behind it, took place here when a bereaved family requested permission to scatter the ashes of a recently deceased family member on Alderman’s Hill. The request was reluctantly denied for fear of setting a precedent. Not beaten by this, the family bought a firework rocket, attached the ashes, and sent it up in the air towards the summit of Alderman’s Hill. 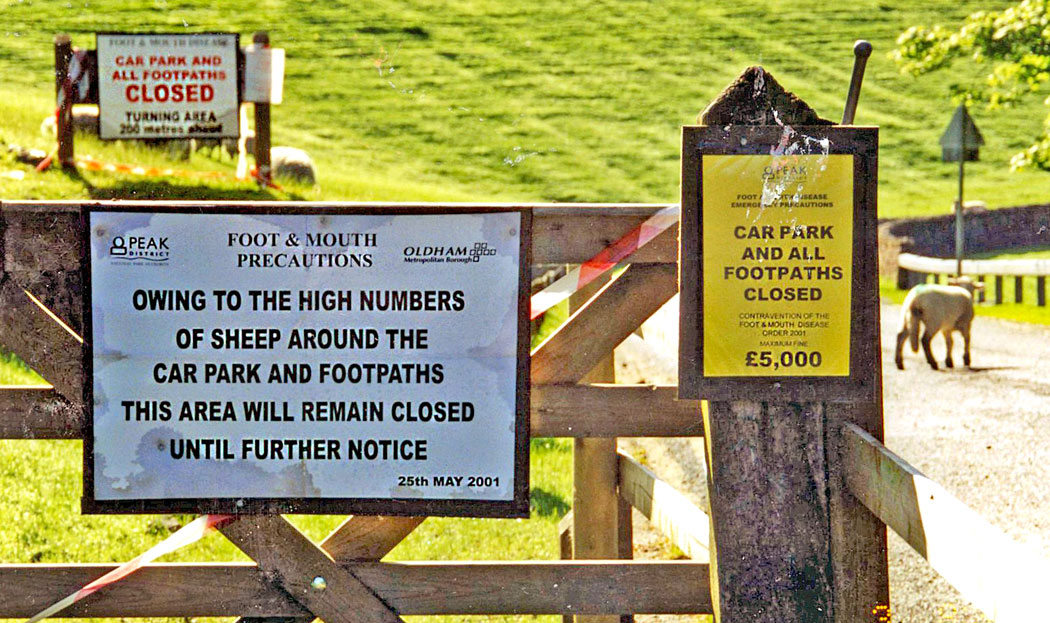 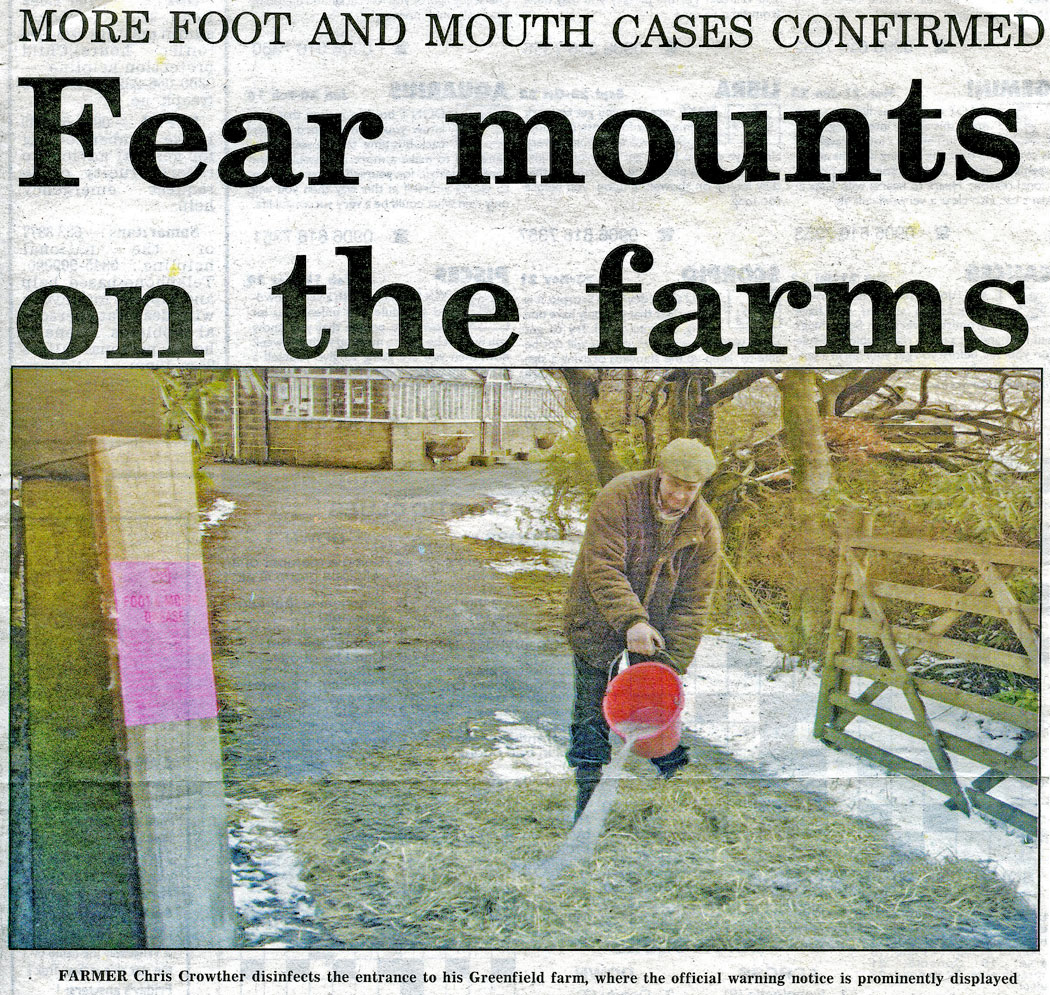