Walking a dog in the countryside has to be one of the most satisfying of pastimes. Dogs bring great joy to so many people, including me, and if they are kept under control they are welcome at Dovestones. The one thing though that causes more acrimony is that of visitors’ dogs not under control. Sheep might be anywhere around the Dovestone area on land both fenced and unfenced.

The majority of visitors are considerate and aware of the problems. It’s not only dogs attacking sheep but also dogs attacking each other – and occasionally people. Certainly, many visitors are intimidated by loose dogs running at them, no matter how friendly. Such incidents are the cause of arguments and often spoil a pleasant day out for all concerned. 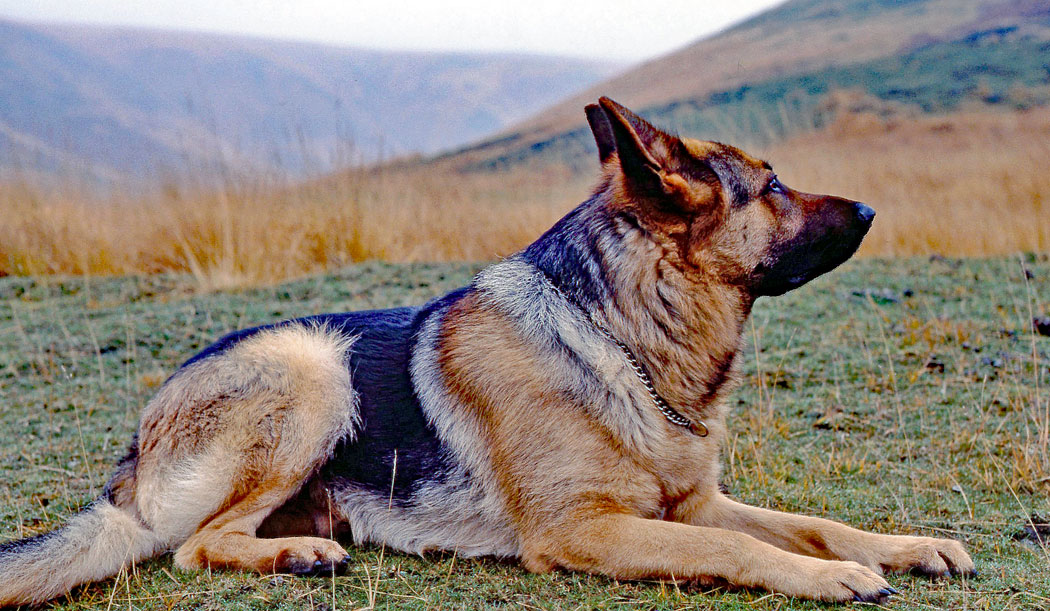 The following is an extract from the National Sheep Association

Under the Dogs (Protectio 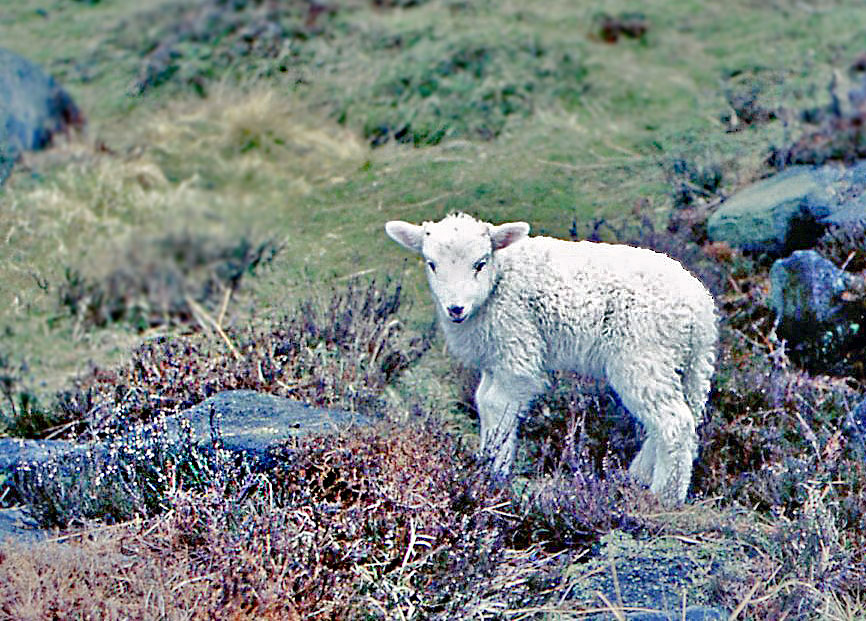 n of Livestock) Act 1953, if a dog worries sheep on agricultural land, the person in charge of the dog is guilty of an offence. The Act considers sheep worrying to include attacking sheep, chasing them in a way that may cause injury, suffering, abortion or loss of produce or being at large (not on a lead or otherwise under close control) in a field or enclosure in which there are sheep.

Sheep fleeing from dogs are often killed or seriously injured by their panicked attempts to escape, causing untold damage to fences and field boundaries in the process. Dogs chasing ewes and lambs can cause mismothering issues, with lambs dying from starvation or hypothermia when they become separated from their mother and fail to find her again.

Dog bites can cause death in sheep or necessitate them being put down at a later date or in less severe cases considerable veterinary bills and additional welfare issues as a result of flies being attracted to the blood and leading to a nasty health problem in sheep called ‘fly strike’. Injuries to sheep can also delay the normal farming routine, be it the mating season or administration of vital medicines and vaccines.

It is vital that you keep your dog on the lead around livestock, even if you can usually trust it to come to call. If you live in or near a farming area, you must make sure that your dog cannot escape from your property. 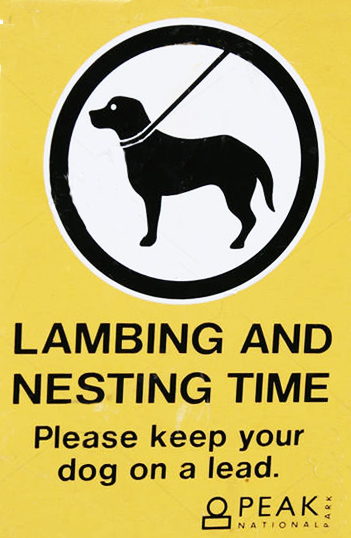 Before and during sensitive lambing time, notices are erected at various points throughout the area asking visitors to ensure their dogs are on a lead. Some people read the signs and think they state, “Ensure your dog is running free and happy to chase the lambs”. And it is not only sheep that can suffer at this time of the year but also wildlife including many ground-nesting birds. On the moorland areas, it is the law that dogs have to be on the lead at lambing and nesting time defined as 1 March – 31 July 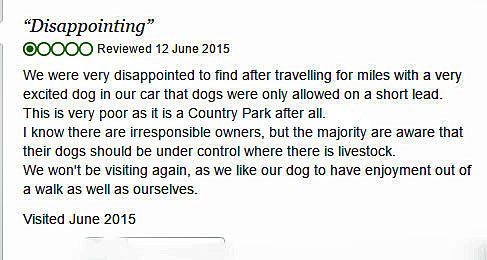 From Tripadvisor. Ah well, you can’t please everybody. It is NOT a Country Park by the way

Disturbing photos below – the reality of sheep  worrying 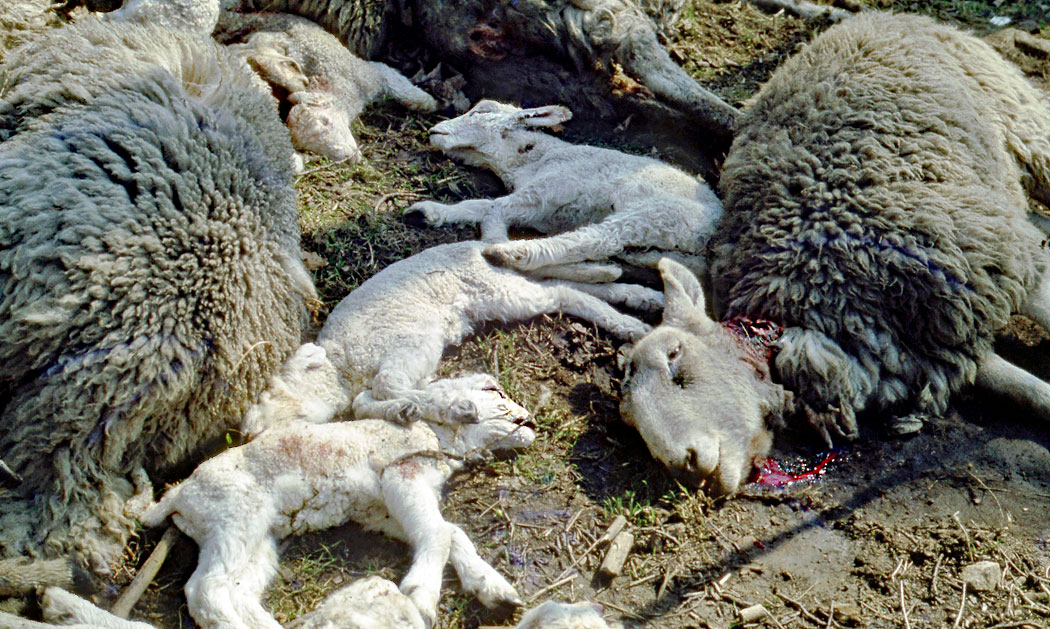 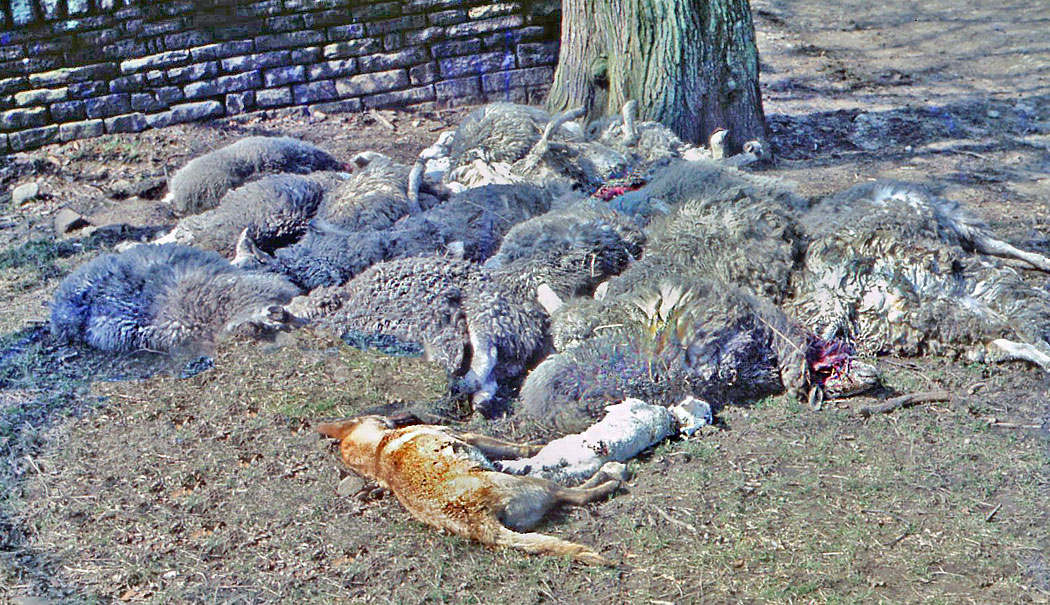