The area offers excellent fell running opportunities. Even at low level, there is plenty to excite any runner. On the higher ground, the edges above the reservoirs give great views whereas across the moors will test stamina and navigation to whatever level you wish. There is also the opportunity to join a great running club that has much expertise in the area – the Saddleworth Runners Club (SRC): http://saddleworth-runners.co.uk/  Anybody interested in fell running in this area would be well advised to take a look at the SRC website and see the opportunities that can be had.

In March 1981, a local runner Frank Sykes of Dobcross was running with East Cheshire Harriers but became more interested in fell running. Frank established the first Chew Valley Skyline race and also the Saddleworth Runners Club ‘SRC’ was formed.  This race proved highly successful attracting hundreds of runners in the following years. In some ways, the race became a casualty of its success and had to be changed from its original format owing to much erosion of the sensitive moorland ground. The race continues to be an attraction but the format has changed so as to lessen any damage.

I remember Frank well, his visits to my home to discuss any problems and his untiring efforts in connection with the races, especially collecting the flags after the events! Incredibly and sadly Frank died of a heart attack in 1999 at the age of only 56 while out on a Sunday run. His memory will live forever though as the trig point on Broadstone Hill has been renamed as Sykes Pillar and is published as that on OS maps. Next to the trig point is a memorial plaque to Frank. Saddleworth Runners maintain the trig point in its pristine white 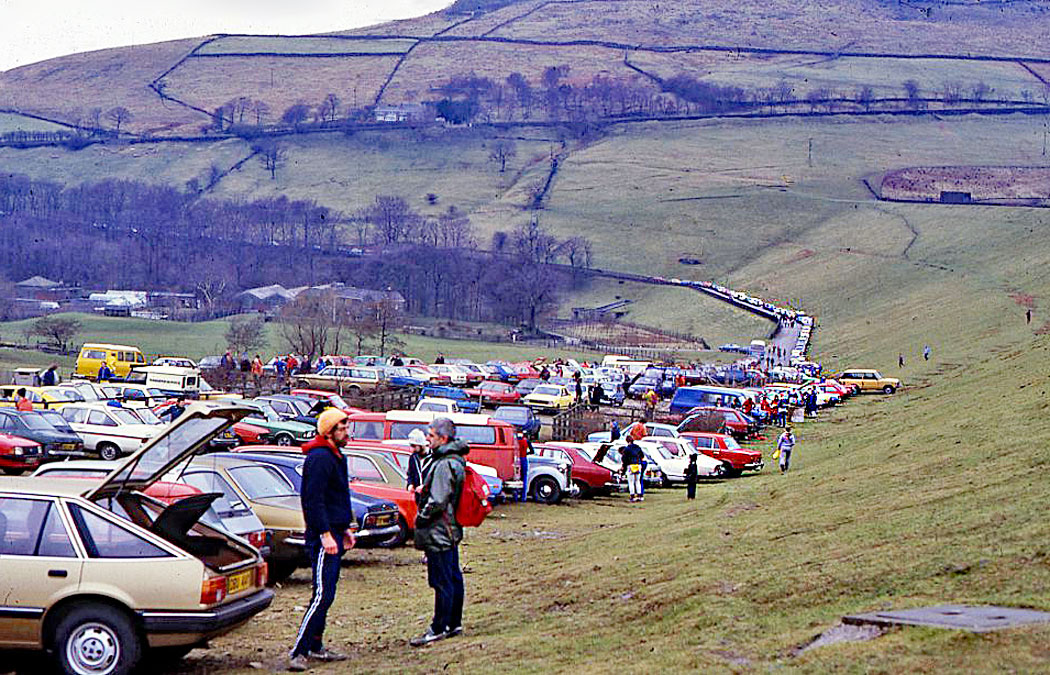 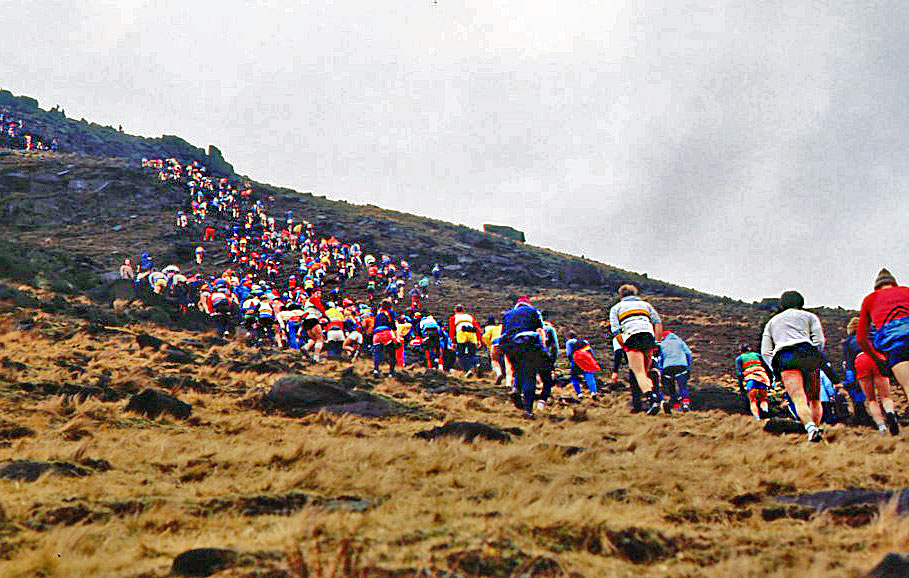 A strenuous section – up Alderman’s Hill

In 1986 I was attaching the daily weather report to the front of the ranger centre when a surprisingly overweight man dressed in running attire came to view it. We chatted and it transpired he hadn’t done any fell running before but he was in training for the London Marathon. He thought this race would be quite easy as at 13 miles it was only like a half marathon. I saw him later at Binn Green, puffing and redfaced where he gave up on the approaches to Alderman’s Hill, after completing about 2 miles and having not really been on the fells at all. 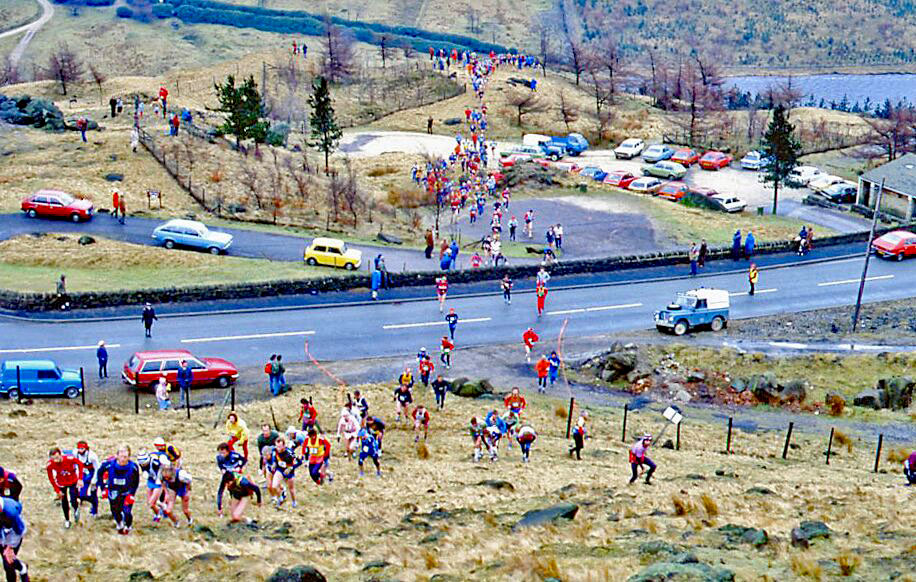 Through Binn Green picnic site and across the A635. Circa early 1980s 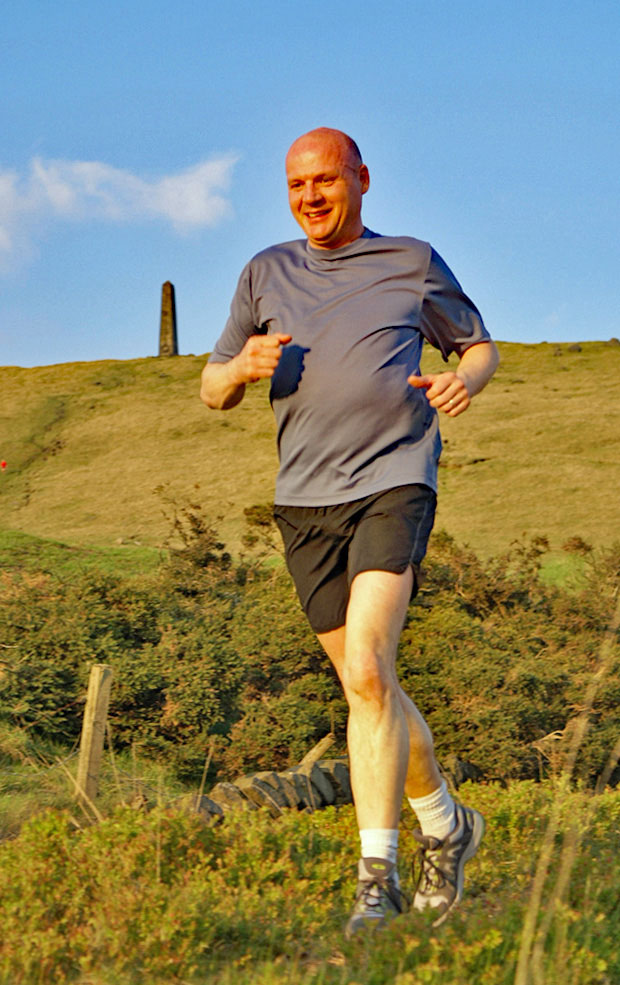 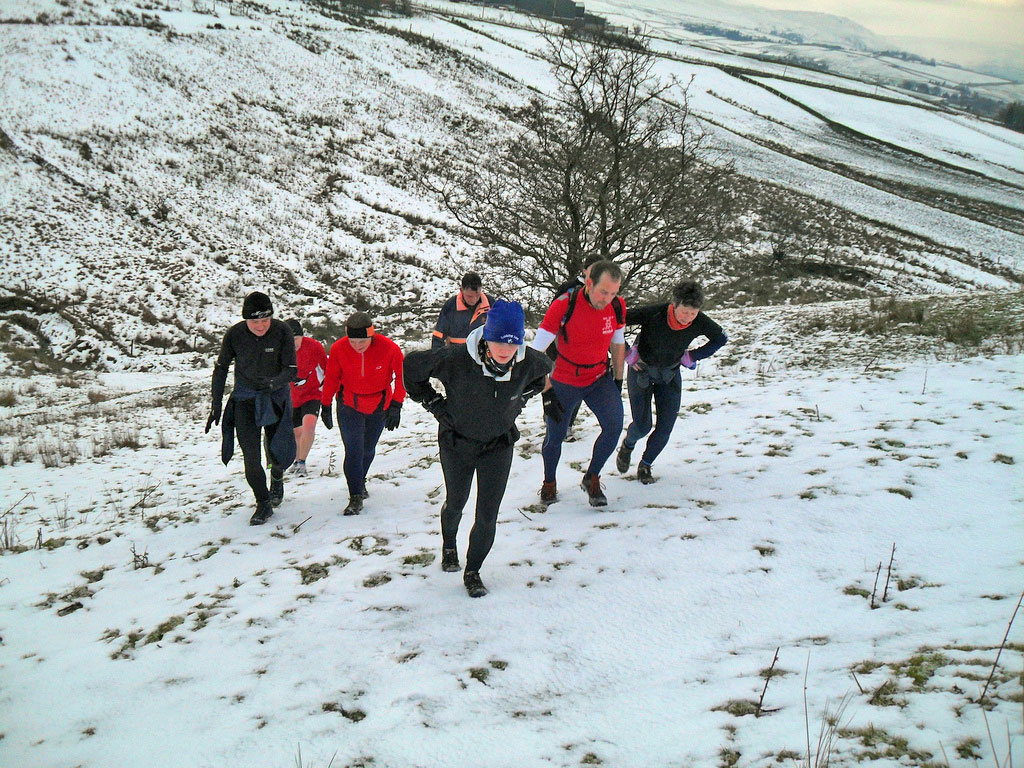 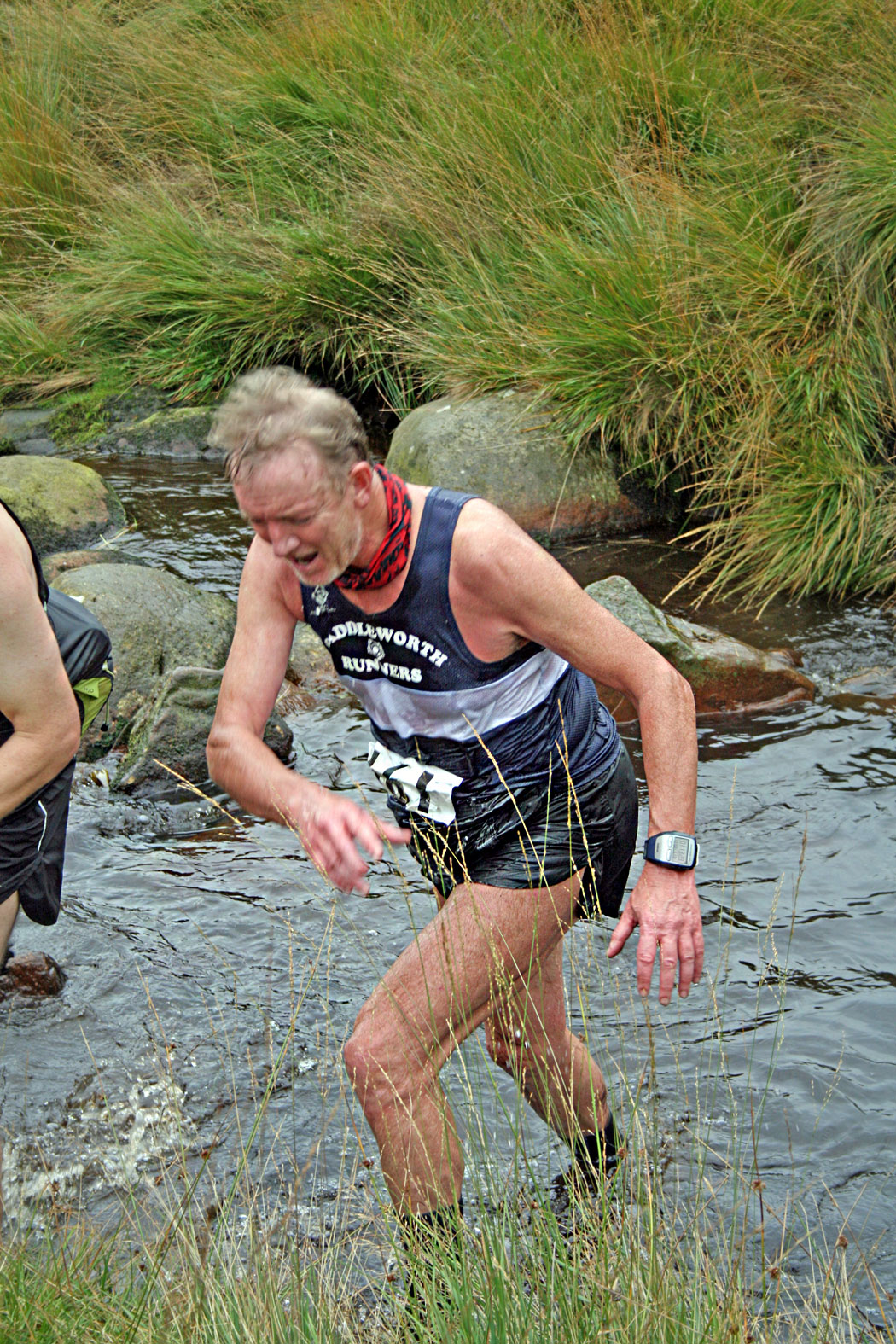 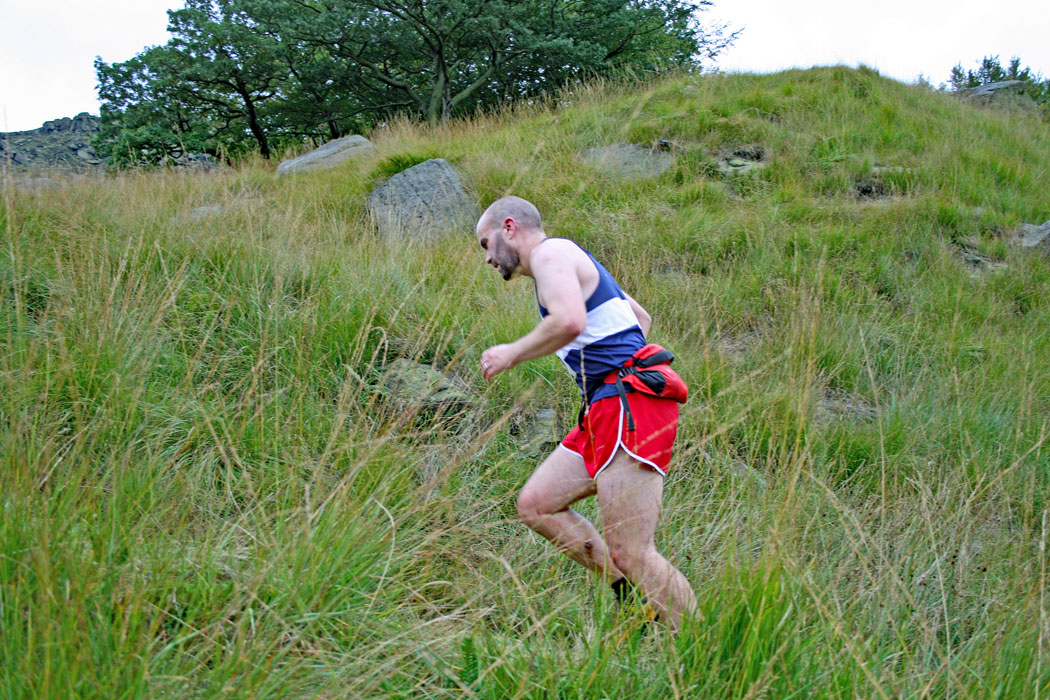 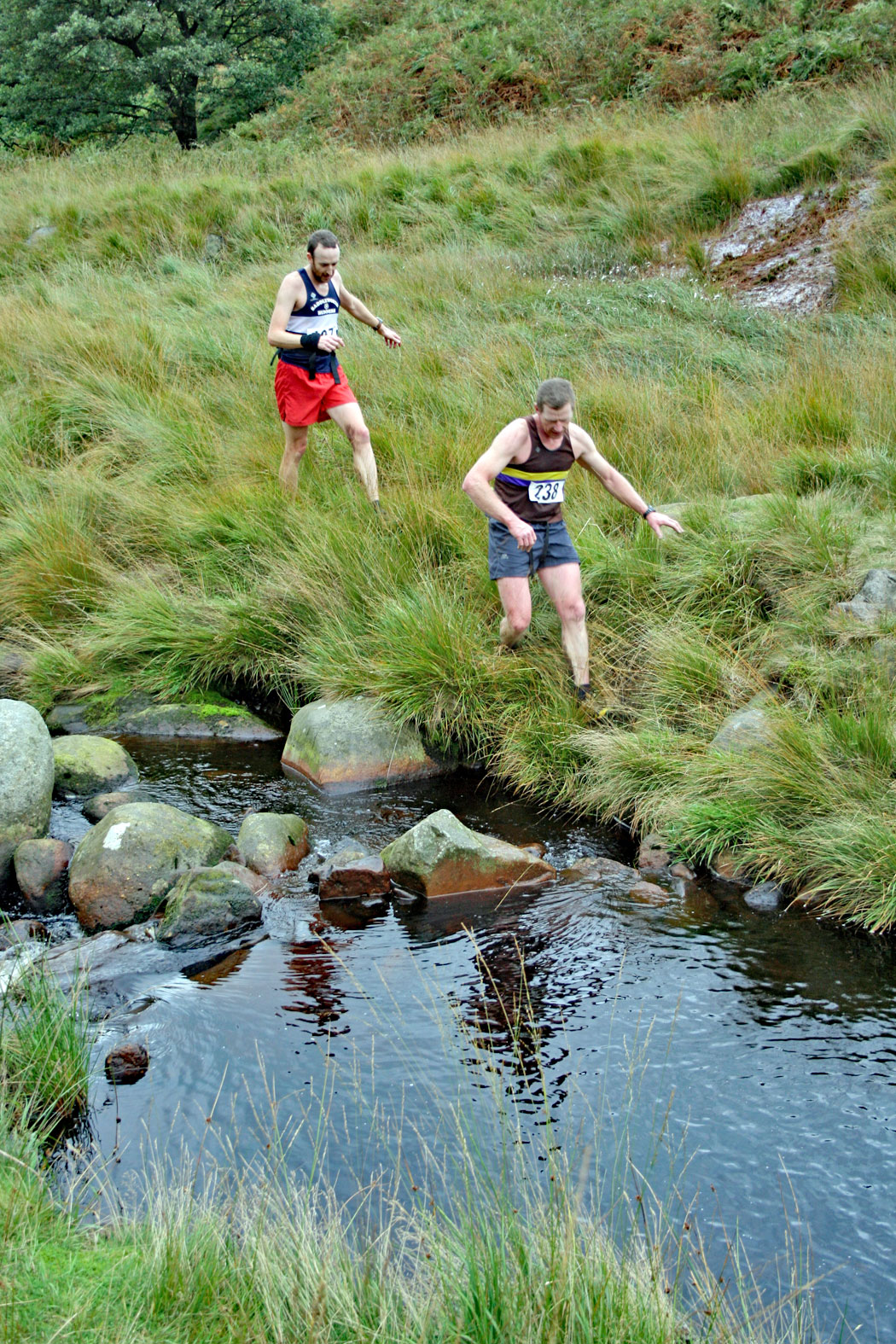