In 1984 a unique event was to take place at Dove Stone reservoir. A local media presenter was going to jump off a ‘cherry-picker’ type crane high above the reservoir attached to a knitted hang-glider. This comprised numerous knitted squares of wool, made by various local groups and individuals and stitched together to make up the glider. This was a charity event and attracted hundreds of onlookers to the Dovestones area.

The day was sunny and warm and everybody waited in anticipation. Time went by but nothing really happened at the time when it should have and it was obvious the crowds were getting impatient and restless. We wondered how high he would go to jump and what would happen when he jumped off (probably plummet like a stone). Great excitement ensued as the safety/rescue SCUBA divers entered the water and were bobbing about like seals. But the cherry-picker remained stationary. Then, the pilot of the hang-glider emerged, ran across the jetty (as in the photograph) and jumped in the water. 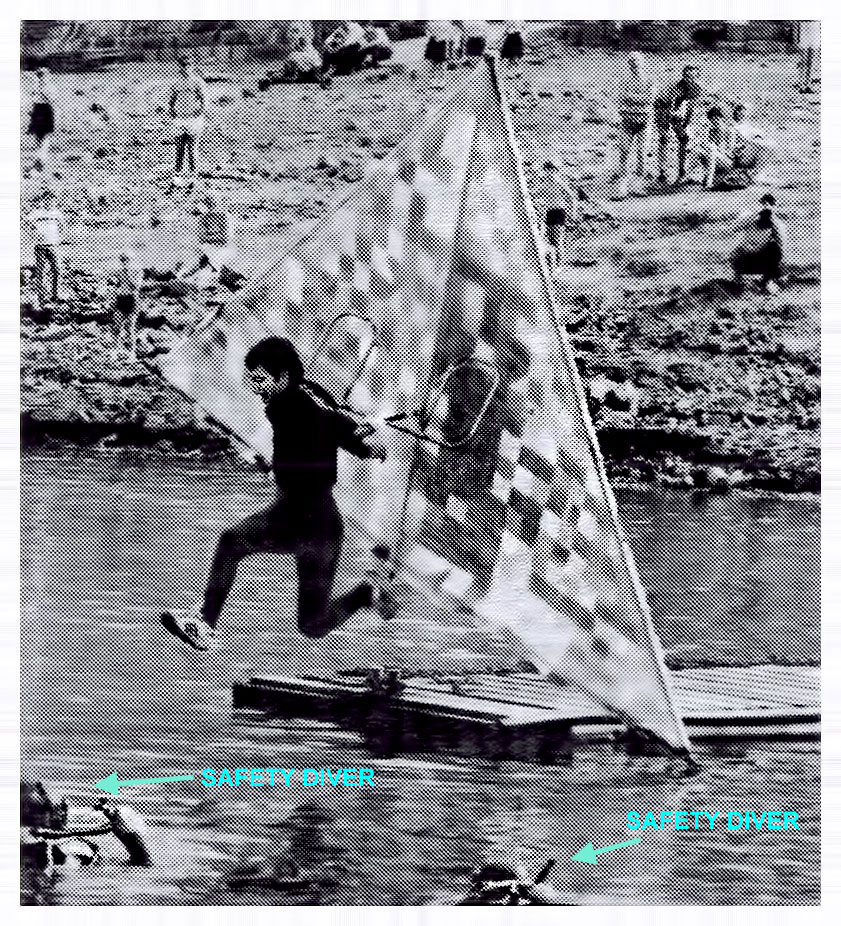 To say there was a disappointing groan from the onlookers would be an understatement. Apparently, the water level was down and the pilot decided it was too dangerous – other people had their own ideas. But, at least the event was a bit of fun and raised money for charity. Some months later I saw the hang-glider on show at the Manchester Museum of Science and Technology but it has since disappeared.