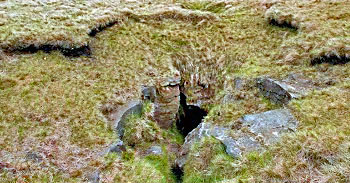 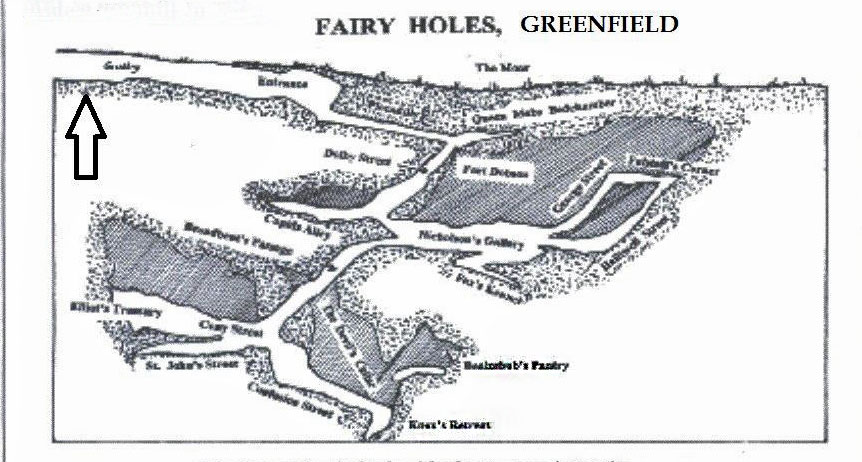 Fairy Holes is similar to a cave but is not a cave. It is a fissure in the rock and there are several of these in the Dove Stone area, albeit not as large as the Fairy Hole. Located on Alderman’s Hill just to the north of the summit at Grid Ref SE015046 it has been explored by many of people since the first recorded exploration in Circa 1800.

This taken from Saddleworth Sketches by Joseph Bradbury published in 1871 who was reluctant to enter the caves himself describes a journey by a Mr Robinson, who descended the caves some sixty years ago —

“We lighted our candles, it being quite calm: the entrance for about six or seven yards is rather straight, with a vaulted roof, and is called Picadilly until it gives a turn or winding assuming the name of Doby Street when it descends almost perpendicularly for a considerable length. When we arrived at the bottom we came to a broad passage called Cupid’s Alley; it has two passages, following one of which we came to a corner that is rather dangerous ….” Robinson goes on to describe the various passageways etc.

By Robinson using the names of different sections of Fairy Holes I presume somebody must have been down before him and that is why I’ve put circa 1800 for the first recorded exploration – it could, of course, have been much earlier.

There are other fissures in the area, notably; the Worm Holes just right and slightly lower than Wimberry Stones main face. Fissures can also be found near Ravenstones just off the top path, on Little Flat, and amongst the rocks of Little and Great Dove Stone Rocks. 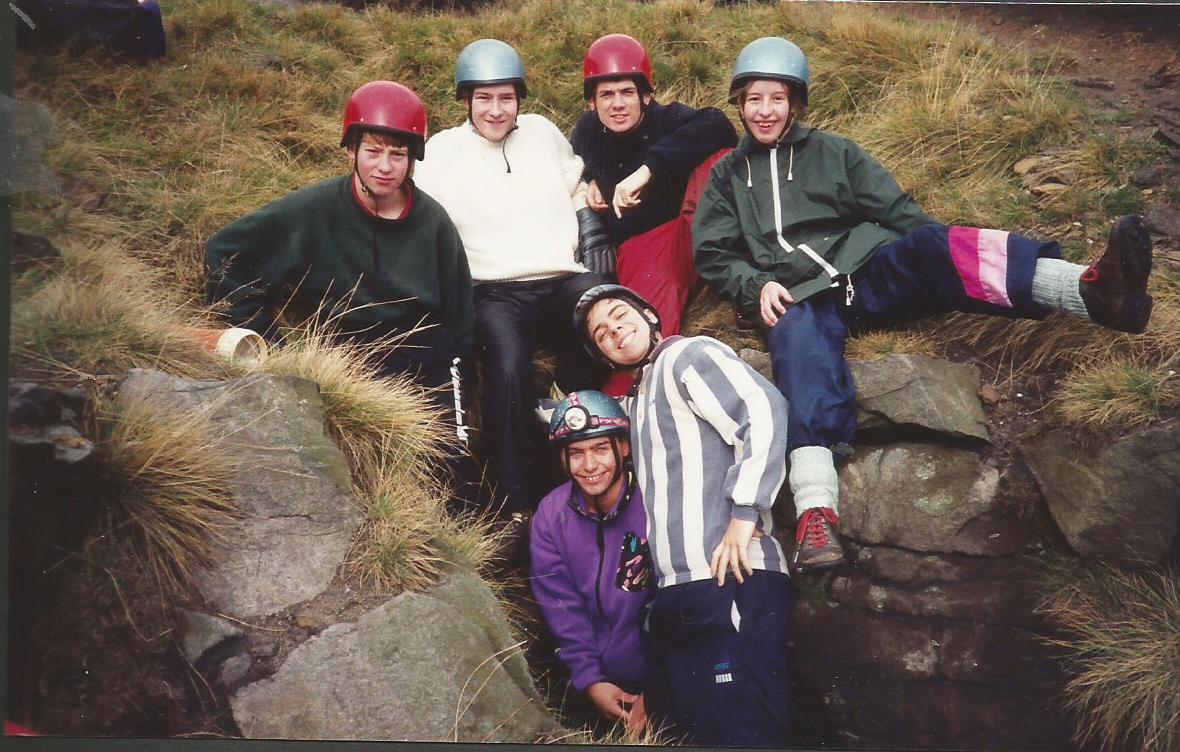 About to enter Fairy Holes – kind permission of Bob Tait 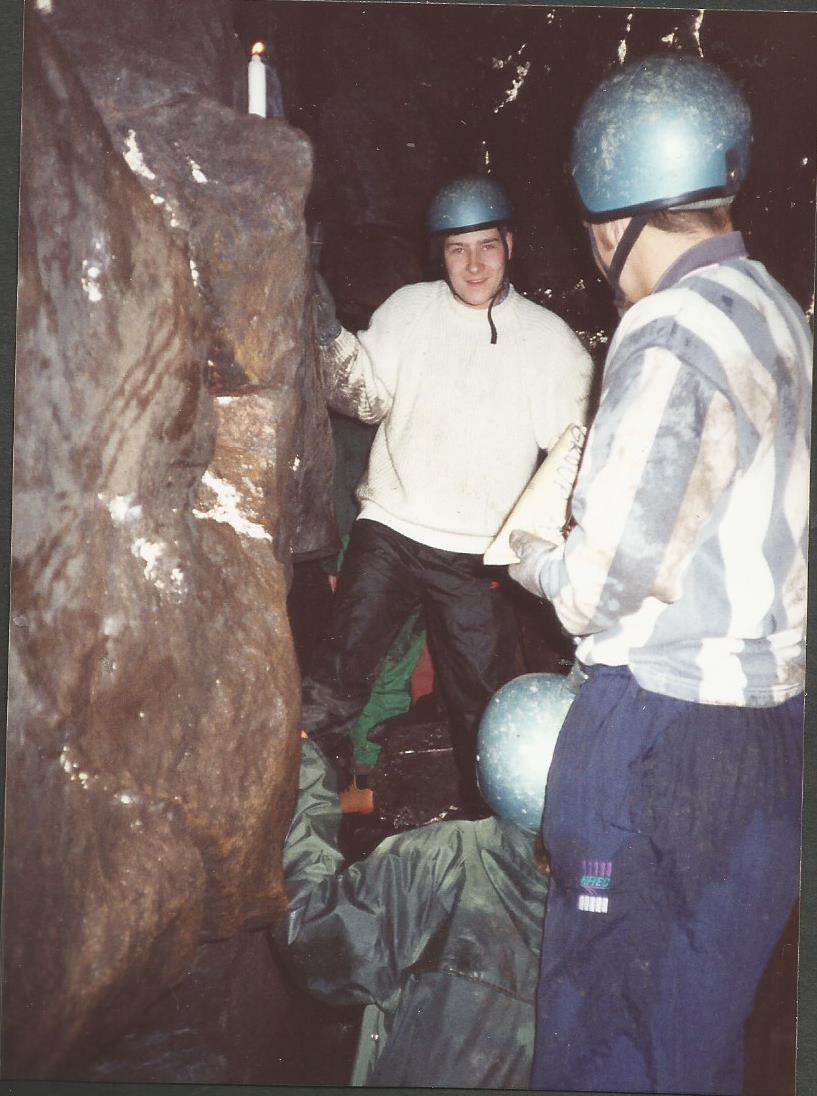 At the bottom of Fairy Holes – kind permission of Bob Tait.