Home » FOOTPATH (EAST SIDE) BEFORE & AFTER

FOOTPATH (EAST SIDE) BEFORE & AFTER

How many visitors remember the paths around Dove Stone reservoir before they were surfaced (top left)? The disabled access path is now used by all; walkers, people in wheelchairs, parents with children’s buggies, cyclists, joggers, etc.

In the middle to late the 1980s, plans were in hand to re-route water filtration to the newly built Buckton Castle Works at Mossley. This entailed new pipes leading from the original Filer Plant at Ashway all the way to Mossley. The main pipe is now under the path on the western side of the reservoir. The contractors were going to landscape the ground back to a slope leading to the edge of Dove Stone reservoir. Following a meeting of the Dove Stone Working Party, (the management team at that time for the area) it was suggested that the full length of the newly dug pipeline along the western side (please see FOOTPATH BEFORE & AFTER – WEST SIDE) be flattened and surfaced to bring a new facility of allowing access for people in wheelchairs. This was duly carried out and provided a much better surface for all visitors.

By then it was suggested that all the major tracks around Dove StoneReservoir be made accessible for wheelchairs to provide a circuit hence the work done below on this eastern section. 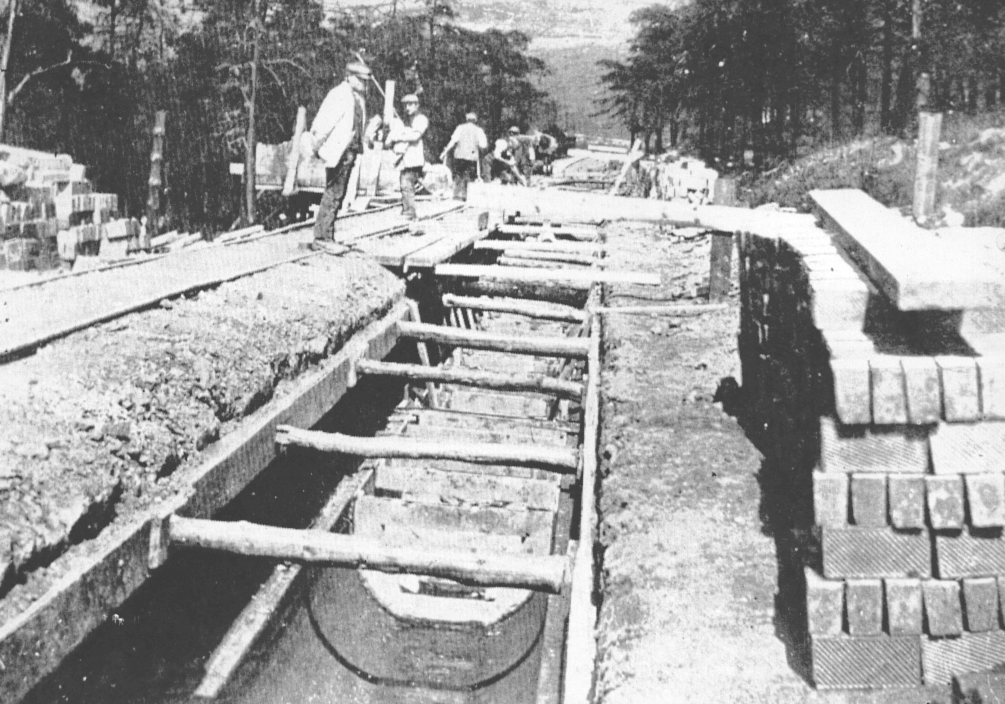 Constructed between 1908 & 1911, this depicts the aqueduct to Yeoman Hey reservoir being laid along a cutting which would eventually be filled in. Hence the name Cut & Cover path. This was to feed water from the weirs in Chew Brook. The wheelchair accessible track (below) now runs along here. 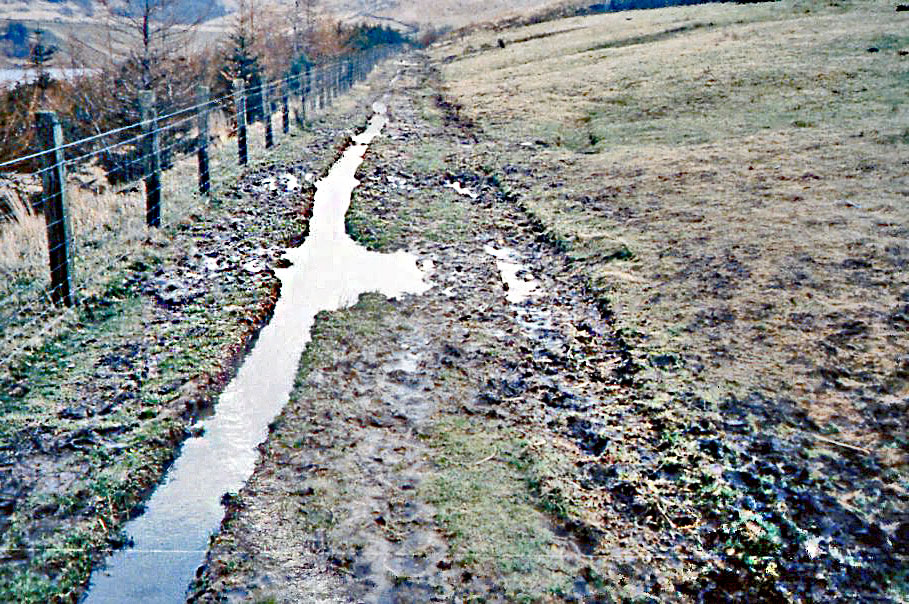 Dove Stone circuit (Cut & Cover) path before remedial work completed in 1989. The path was like this for many years prior to surfacing. No chance of wheelchairs, buggies or even town shoes along this mess! 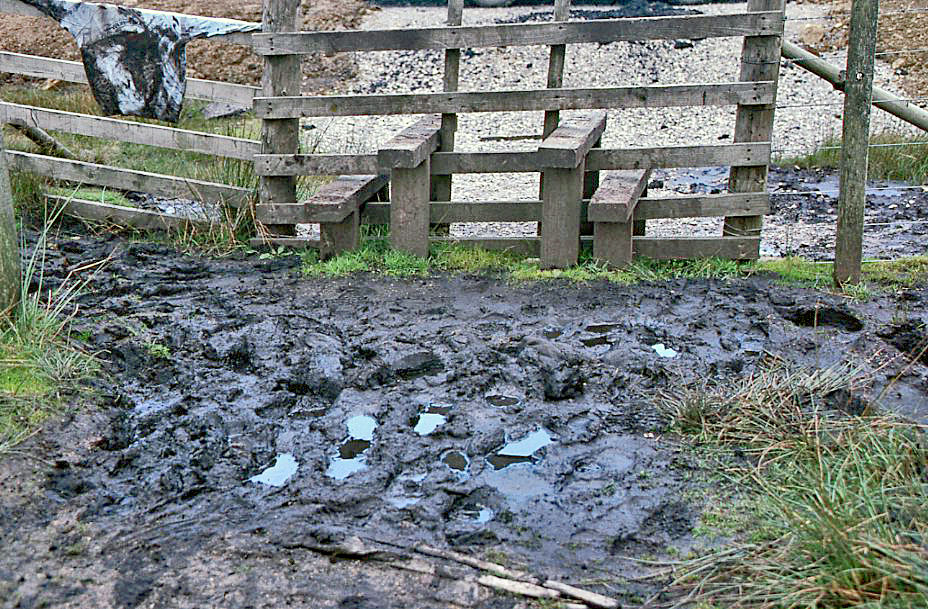 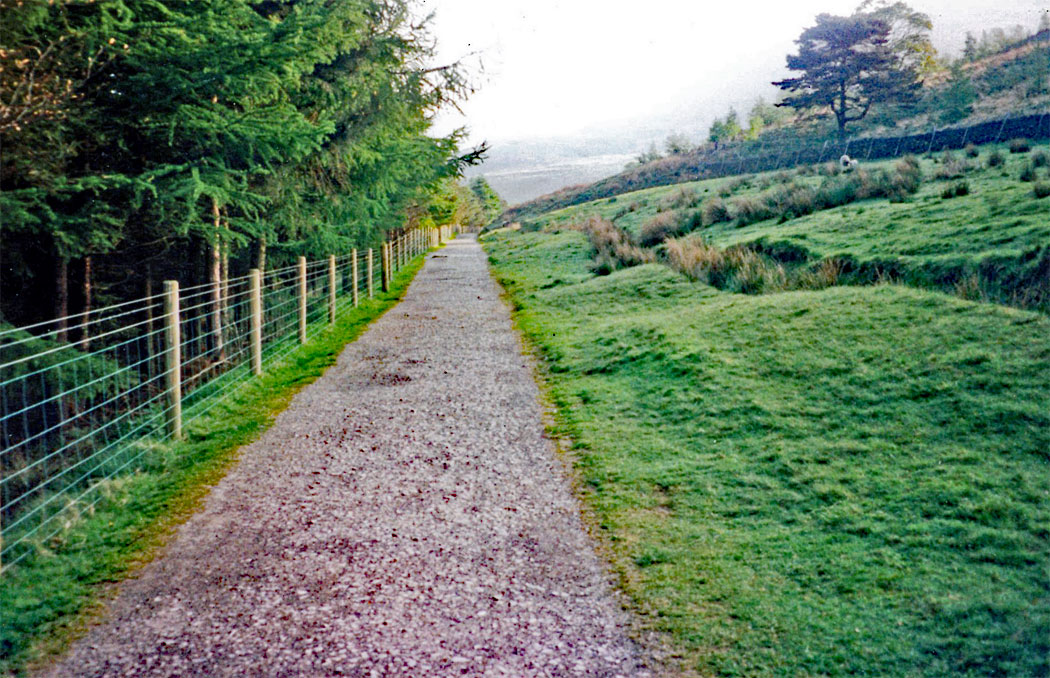 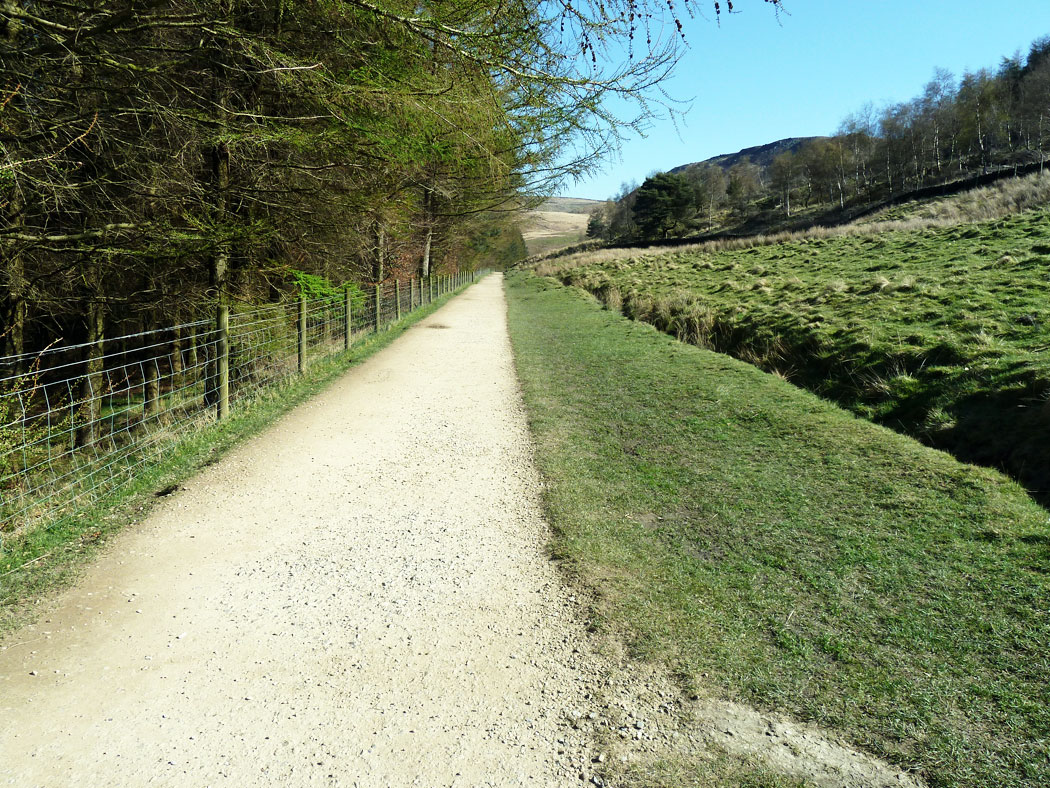 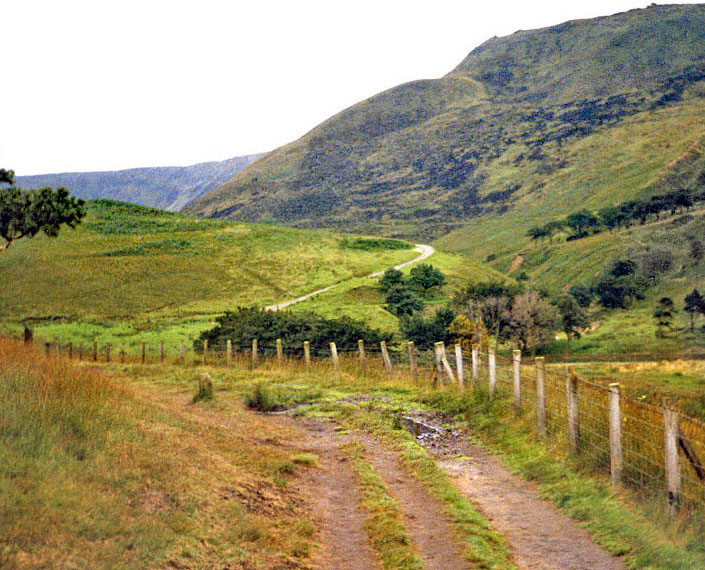 Path looking up to Chew Road prior 1989 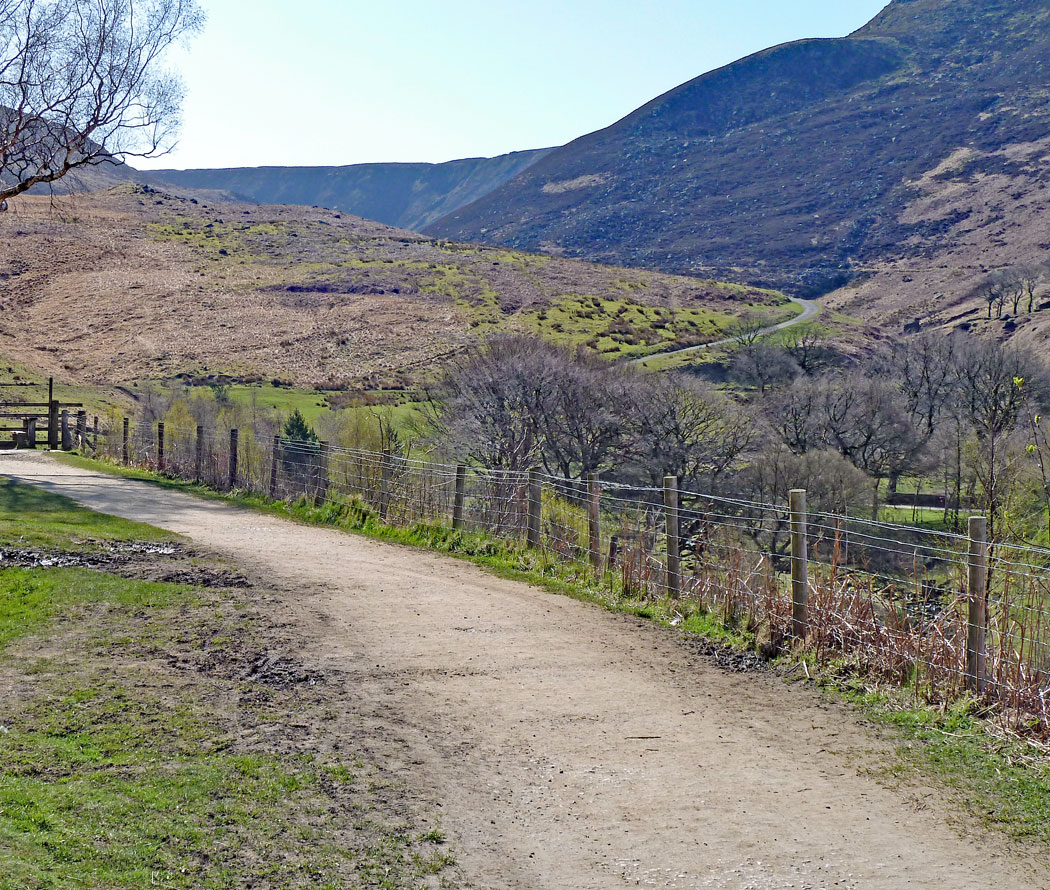 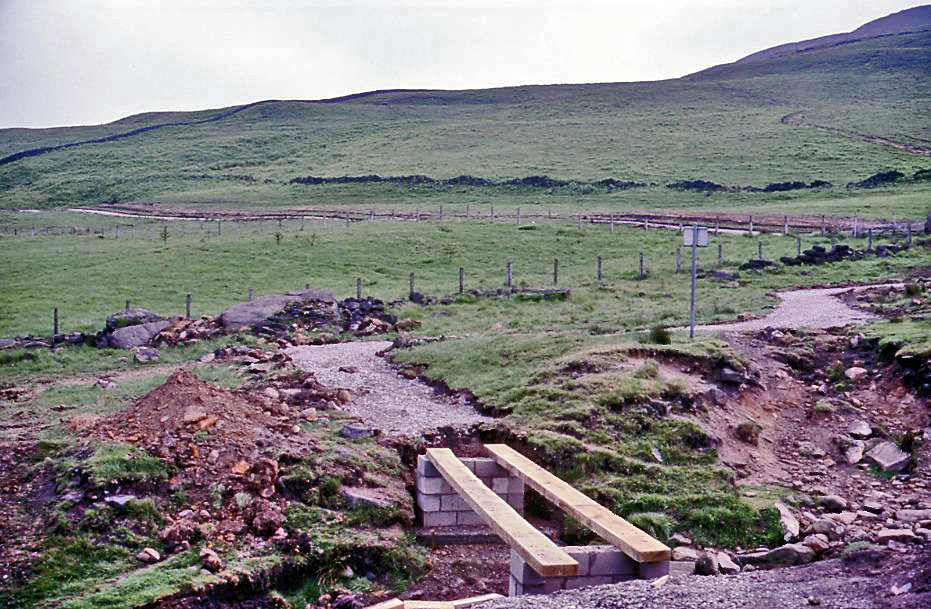 Construction of the bridge to link with the new path in 1989. Prior to this bridge, visitors had to scramble or jump the small stream to continue their walk. 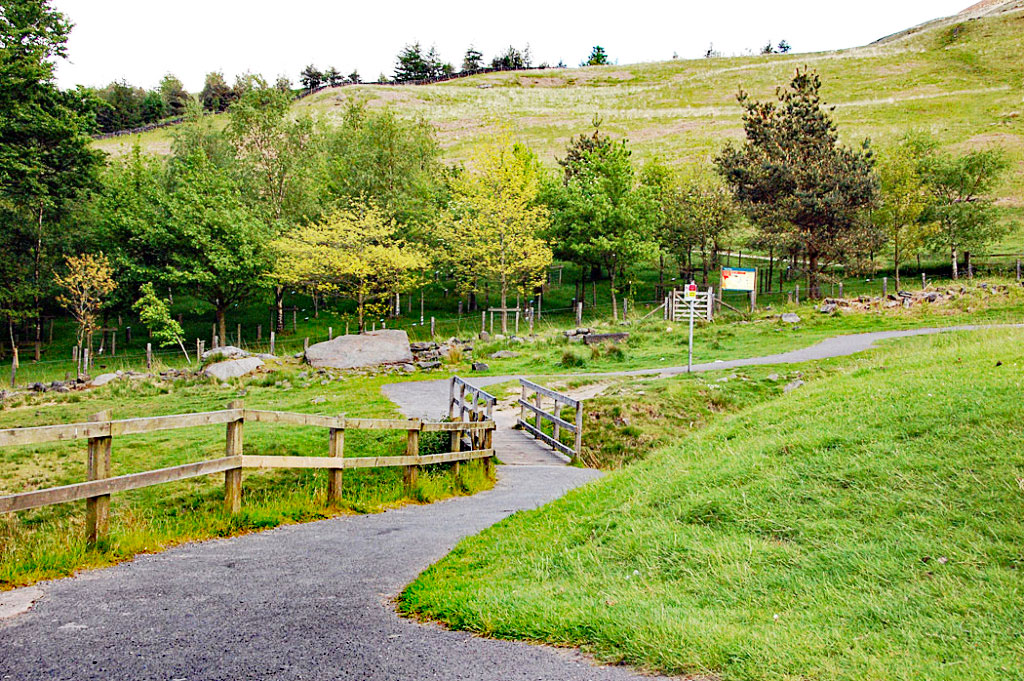 The completed bridge today. Note how the Life for a Life trees have grown and enhanced the scene 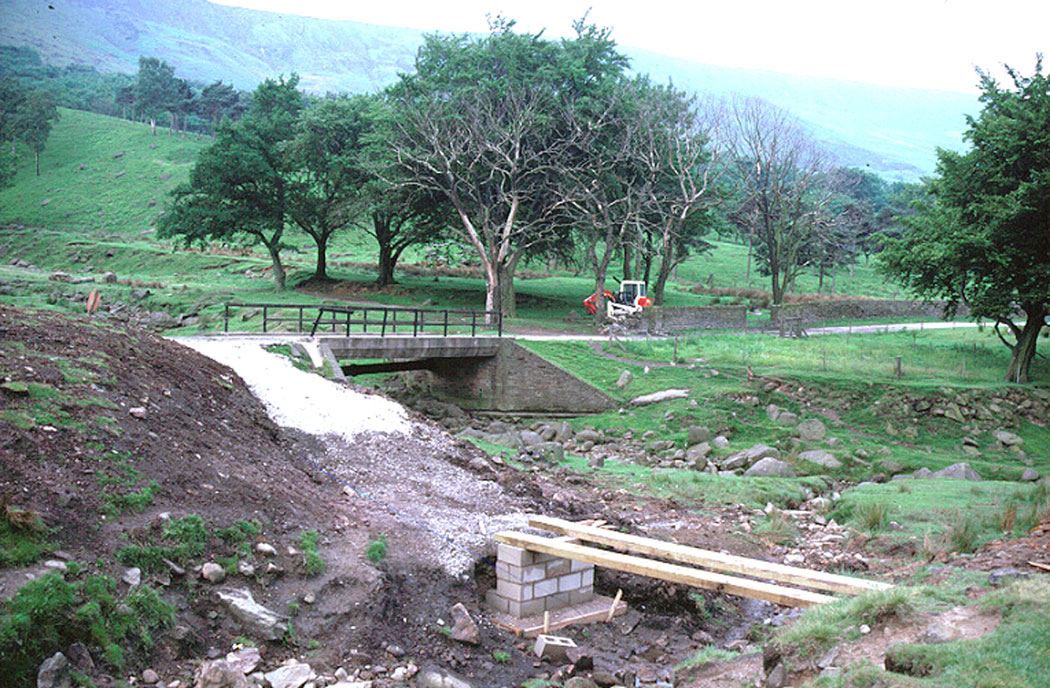 Constructing the  bridge  circa 1988 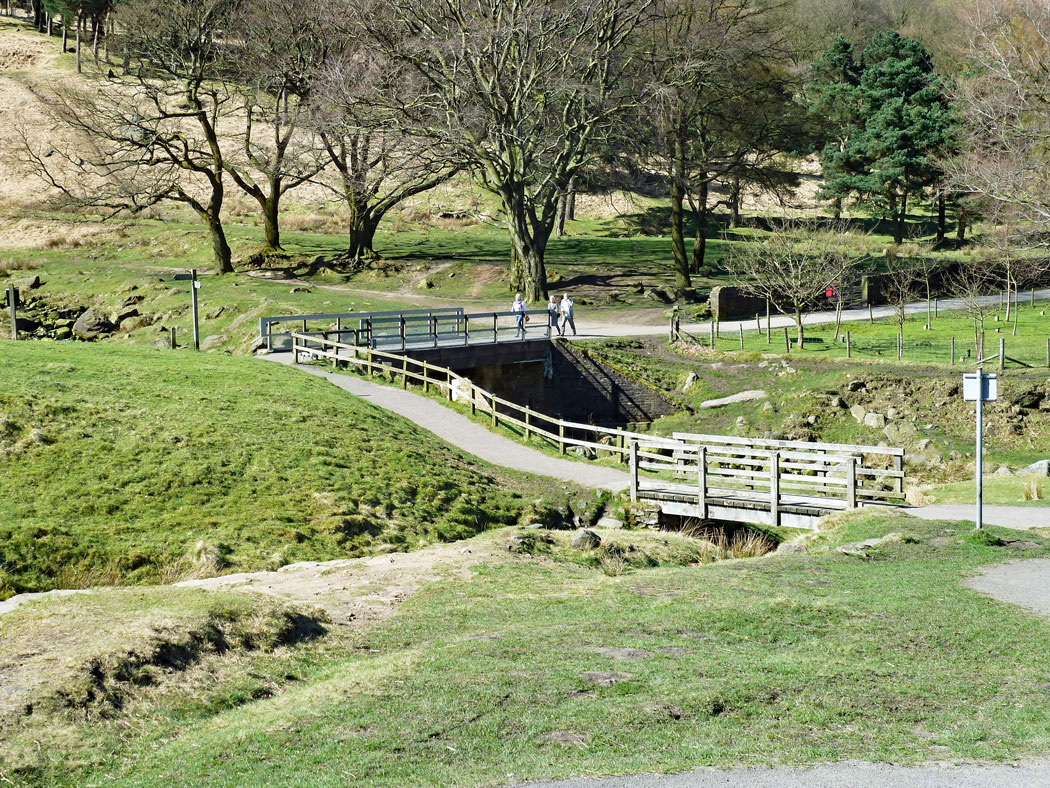 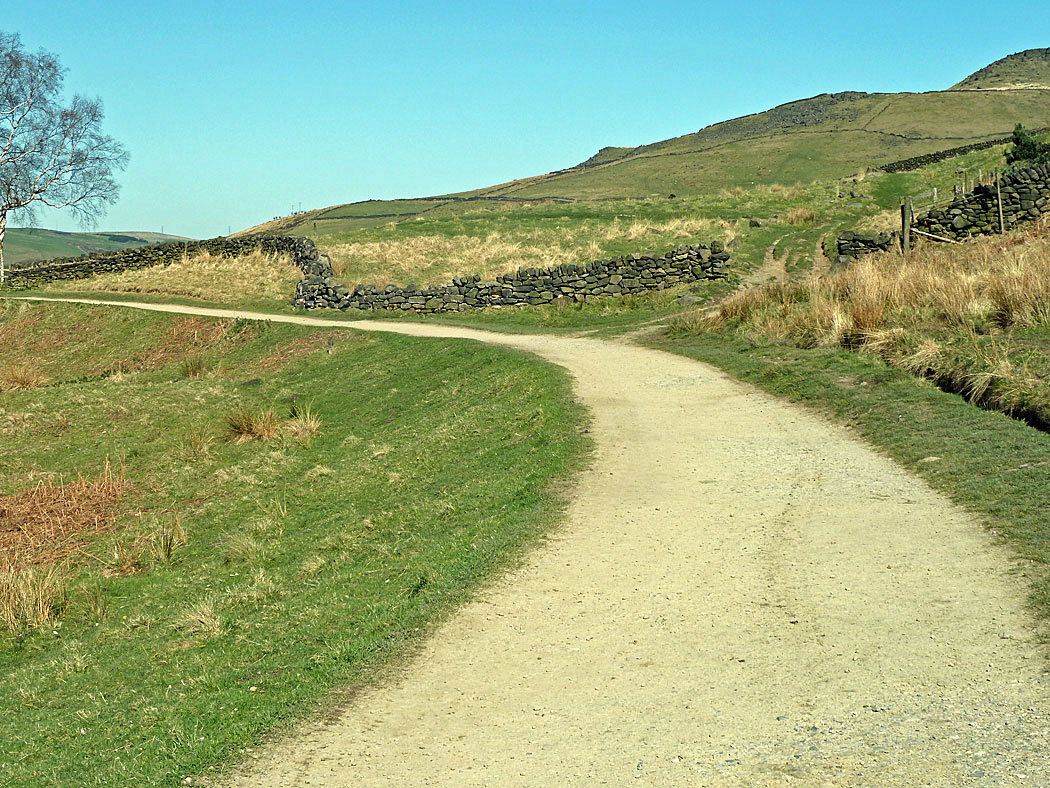 Muddy footpath near the Lone Tree prior 1989

During the construction of the bridge (as shown) a lorry containing a load of timber for the bridge was making a delivery. I was off-duty that day but told the driver where the contractors’ bridge was being built. Unfortunately, the contractors had gone for lunch  and the lorry driver went past their location and continued up Chew Road. In those days, the gate was often left open at Charnel Clough and the driver continued all the way to Chew Reservoir.  Still not seeing any contractors he carried on along the reservoir edge track towards Laddow until inevitably he became bogged down as deep as his vehicle’s axles. He spent three days recovering the vehicle, including unloading and reloading all the timber. 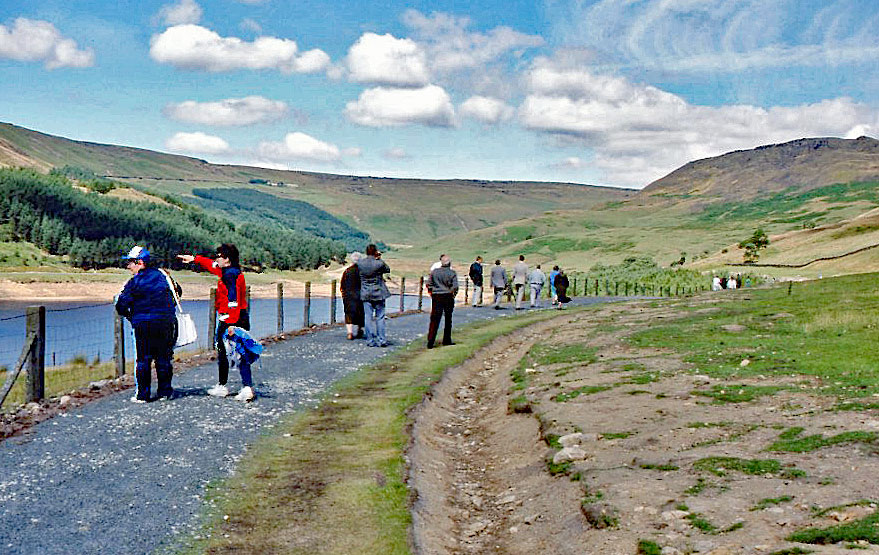 Walkers on the new path 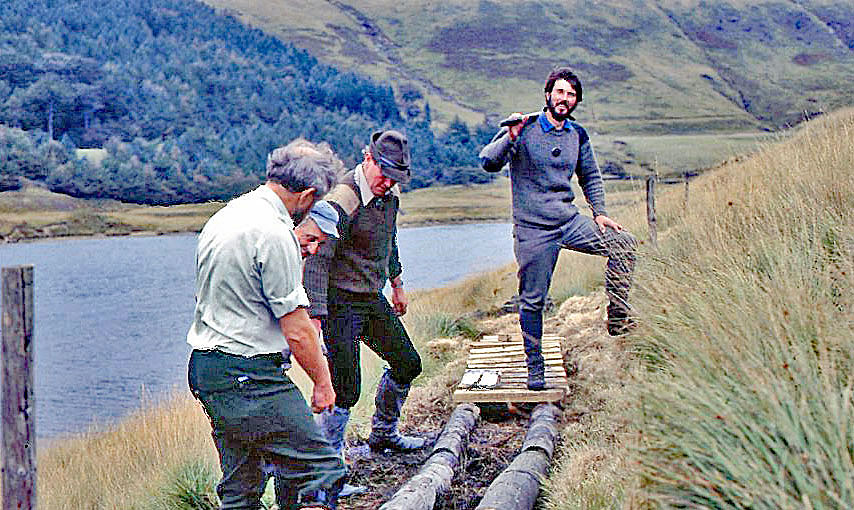 Another new footpath in the making. Rangers, (from the front) Arthur Smith, Jack Shaw, Derek Noble and Roger Kennedy work on the eastern side of Yeoman Hey reservoir to make a circular route. (there’s always someone who likes posing) 1983